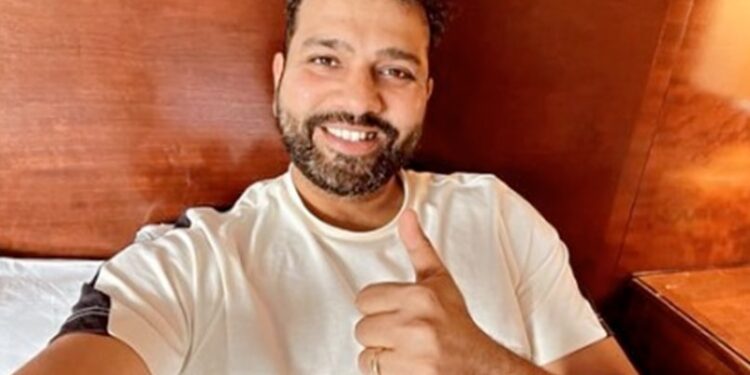 India’s rescheduled Test against England will start on July 1, but there are doubts about the availability of captain Rohit Sharma before that. An email sent by BCCI early Sunday morning confirmed that the Rohit was infected with COVID-19. The rescheduled Test in the final fixtre of the Test series that leads the Indian cricket team 2-1 and was shut down last year due to a COVID-19 outbreak in the Indian camp. If India win the final test or even draw a draw, it will result in their fourth-ever Test series win in England.

However, Rohit’s positive case on COVID-19 has complicated matters for the Indian cricket team. But a photo posted to his Instagram story shows Rohit Sharma raising his thumb and smiling in his room.

pening batter Mayank Agarwal has been added to India’s testing team for the rescheduled game against England, to cover up captain Rohit Sharma who recently tested positive for COVID-19. Mayank’s addition was important as designated vice-captain KL Rahul is also injured, leaving India with only one regular lead-off batter in Shubman Gill.

“The All-India Senior Selection Committee has added Mayank Agarwal to India’s testing team for the rescheduled fifth test to cover up Captain Rohit Sharma, who tested positive for COVID-19. Mayank has left for the UK and will join the squad in Birmingham,” BCCI said in an official release.

Rohit Sharma played in the tour match against Leicestershire. He scored 25 in India’s first innings, but didn’t bat in the second innings. BCCI confirmed that he had tested positive on Sunday.

Here is India’s revised test squad for the competition.