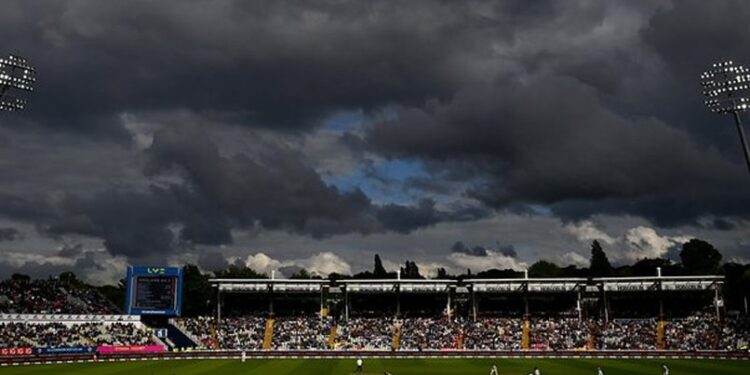 The on-going fifth and final test match between India and England in Edgbaston, Birmingham, has been dominated by the guests so far. The Jasper Bumrah-led side put up 416 runs before being knocked out, then reduced England to 84/5 in 27 overs by Stumps on Day 2. While play was affected by the rain on the first day, the second Day also met a similar fate as rain interrupted the game three times on Saturday to spoil the fans’ joy.

With the rain being a bummer on the first two days, it would be interesting to see if the third day will see rain interruptions or not. According to Accuweather, there is a chance of rain on Day 3 and the game could be a stop-start affair.

According to AccuWeather, it will be cloudy for the first hour and a half at the start of the game on Day 3. Meanwhile, there is a chance of rain for the next hour. The sun is expected to come out in the afternoon, but clouds are expected to remain there until the end of the game on Sunday. While the temperature is around 20 degrees all day, the chance of rain is 65 percent.

Speaking of the match, India has kept England under wraps as the hosts are still chasing them by 332 runs. Jonny Bairstow and Ben Stokes resumed their individual scores of 12 no outs and no outs on Sunday.