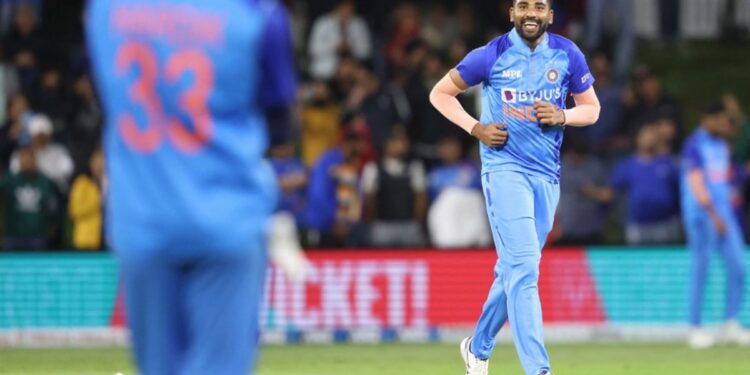 India and New Zealand will face off on Tuesday in the third and final T20I of the three match series at Napier’s McLean Park. Hardik Pandya led Team India would look to seal the series after winning the second T20I by 65 runs. However, rain could be a bummer in the final game as some showers are forecast. It is currently raining in Napier and it remains to be seen whether the game will be shortened or not.

Hopefully it becomes clear. Optimistic. Yesterday was a wonderful evening in Napier. pic.twitter.com/yE3w8zorHv

According to Accuweather, the chance of precipitation increases significantly in the evening. Thunderstorms are also predicted tonight.

The first T20I of the three-match series was abandoned without a single ball being bowled in Wellington, while the second T20I showcased Suryakumar Yadav’s brilliance as he played a 111-run knock to help India post 191/ 6 in 20 overs.

Team India then limited New Zealand and the visitors eventually won the match by 65 runs.

India will aim for a series victory while New Zealand will think about parity on the final result when the two sides meet for the third T20I at McLean Park, Napier, on Wednesday.

While the first T20I of the three match series was wiped out by rain, India won the second match to lead 1–0. A win in the last game can help the guests clinch the series, while a win for the Blackcaps will end it all 1-1.

New Zealand are led by Tim Southee in the Napier competition as their regular skipper Kane Williamson has to miss due to a pre-arranged medical appointment. Mark Chapman has been added to the squad as his replacement.

On the other hand, all the players of Team India in the squad are available for the final match. But will the party tinker with the winning combination?