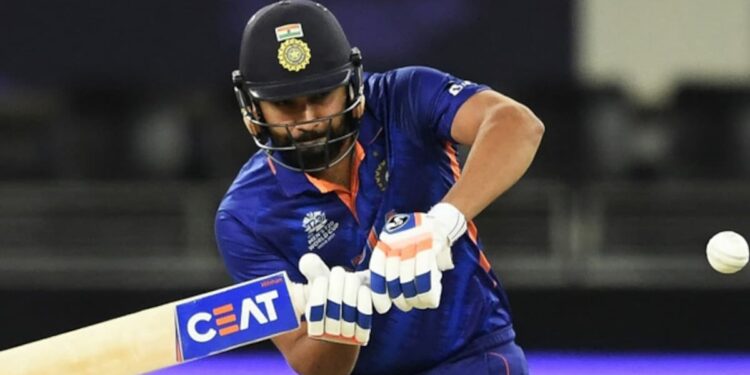 India captain Rohit Sharma is “fit” and ready to lead the squad against the West Indies in a six-game streak starting on February 6 with the three ODIs in Ahmedabad. The team selection meeting, due to take place this week, will be interesting, however, as some senior players such as Bhuvneshwar Kumar and Ravichandran Ashwin, after their indifferent performance against South Africa in their 0-3 ODI series defeat, are under the scanner. But Rohit is set to lead the squad after a left hamstring injury ruled him out of the South Africa tour. The T20 matches against the Caribbean team will be held in Kolkata from February 16 to 20.

“Rohit is fit and available for the series against the West Indies,” a senior BCCI source told PTI on terms of anonymity.

“By the time the West Indies series starts, it will be more than seven and a half weeks of rehabilitation and recovery for Rohit.

“He is already training in Mumbai and is expected to be in Bangalore for the fitness test and receive formal approval from the National Cricket Academy,” the source said.

It is almost certain that Rohit will be the test captain for now, although BCCI will be looking at other options, given his workload and the responsibility associated with leading India to two back-to-back World Cups in 2022 and 2023.

Obviously, KL Rahul’s first stint as captain has not gone as expected and for now he will have to remain an apprentice under Rohit until he is ready to lead the national team in the near future.

Under Rahul, India lost all four international matches in South Africa and to the men who matter in Indian cricket, he doesn’t exactly come across as a proactive captain.

It is clear that Rahul’s performance as captain of the Lucknow Super Giants will be closely watched during this edition of the IPL.

Hardik Pandya has bowled into the nets and while it’s not clear if he can bowl full tilt, Venkatesh Iyer’s relative inexperience at number 6 and Rahul Dravid’s admission that the colorful Baroda man was missed could pave the way for his comeback against the West Indies.

“You have to remember that Hardik was dropped after the T20 World Cup and was not rested because of his condition. The selectors wanted to message him after his disappointing show at World T20, but he is too good a player to stay out for long . .

“If he’s not against the West Indies, he will definitely come back against Sri Lanka,” the source added.

Ravindra Jadeja also looks close to achieving full fitness and will either play against the West Indies or Sri Lanka in the next assignment.

Managing Jasprit Bumrah’s workload is paramount for this current Indian team and there is a possibility he could rest the six games.

This is after Bumrah played all six games in South Africa, including three Tests and three 50-over games, and sent the highest number of overs (104.5 overs in Tests and 30 in ODIs).

However, Bhuvneshwar, whose form waned, could be scrapped, while Ashwin might get another run as South Africa’s cue was his comeback in ODIs.

People like Avesh Khan and Harshal Patel could make it to the T20 team again.