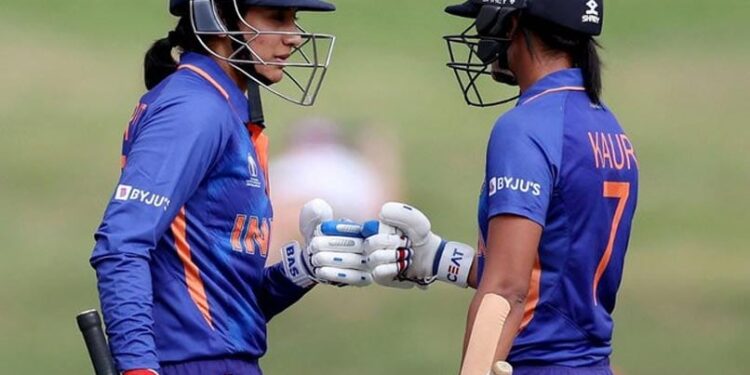 Skipper Harmanpreet Kaur contributed with both bat and ball to send the Indian women’s cricket team to a series that sealed five wicket wins over Sri Lanka in Saturday’s second T20 in Dambulla. The experience of vice captain Smriti Mandhana (39 from 34 balls) complemented by the exuberance of both Shefali Verma (17 from 10 balls) and Sabbhineni Meghana (17 from 10 balls) helped India chase the 126-run target in 19.1 overs. India stuttered in what should have been a comfortable chase before Harmanpreet took India home with an unbeaten 31 from 32 balls.

Sri Lanka wasted a great start to put in an under par 125 for seven.

The third and final T20 will be played on Monday.

It was a day to remember for Mandhana who became the second fastest Indian woman to reach 2000 T20 runs.

The duo of captain Chamari Athapaththu (43 from 41 balls) and Vishmi Gunaratne (45 from 50 balls) chose to bat first and with the series online, providing an ideal start for the Lankans through the Indian bowlers to the cleaners to bring.

However, when both Athapaththu and Gunaratne left it was a sad state of affairs for Sri Lanka as they lost a whole series of wickets but only managed a disappointing total.

Deepti Sharma (2/34 in 4 overs) was certainly the best bowler on display, while players like Radha Yadav and Pooja Vastrakar also helped India claw back with the ball.