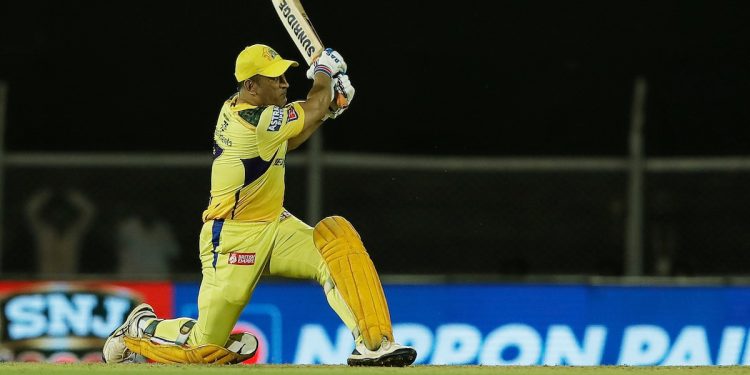 After relinquishing the Chennai Super Kings captaincy, fans were left wondering about MS Dhoni’s future, but the way he has performed so far in the ongoing IPL 2022 season, it’s safe to say that the 2011 World Cup-winning skipper far from done and still has a lot going for the franchise. In the opening game against Kolkata Knight Riders, Dhoni scored an unbeaten 50 and followed it up with a quickfire 16 against the Lucknow Super Giants. Former India batter Mohammad Kaif thinks Dhoni is “not finished” and still has a lot to offer the four-time champion.

“Dhoni isn’t done yet, he’s a finisher. People have been saying his time is up and this could be his last IPL, but look how he batted and stayed non-out in both innings. We might see this year the Dhoni we knew who started hitting the boundaries from ball one,” Kaif told Sportskeeda.

Ahead of the IPL 2022 season, Dhoni decided to relinquish the franchise captaincy and Ravindra Jadeja was announced as the new captain.

“He’s left the captain’s armband on paper and there may not be a lot of pressure on it. So maybe we’ll see the free flowing Dhoni knocking the ball out of the stadium. Conditions are good, Maharashtra has good wickets and he will take pace and the way he hit that first ball six shows that he is in good form,” said Kaif.

“You will never know what is going on in Dhoni’s head. When we talk about this IPL, there is a match after two days, but Dhoni suddenly decides that Jadeja will be the captain. He is still fit and scores points so it should be shouldn’t be a problem,” he added.

“Dhoni does not respond to messages on the phone, but when you are on the ground you can talk to him about cricket and learn from your mistakes. He is in fact an open book and a master of his craft as many turn to him go to learn,” he said of Dhoni’s helpful nature.

CSK need him to turn on the style as they fell to defeats in their first three games of the season.

They lost the IPL 2022 opener against KKR, before being knocked out in a high-scoring thriller by LSG.

In their third match, Punjab Kings defeated them by 54 runs to make it a horror start to the season.

CSK had never lost the first two games of the season before this season.