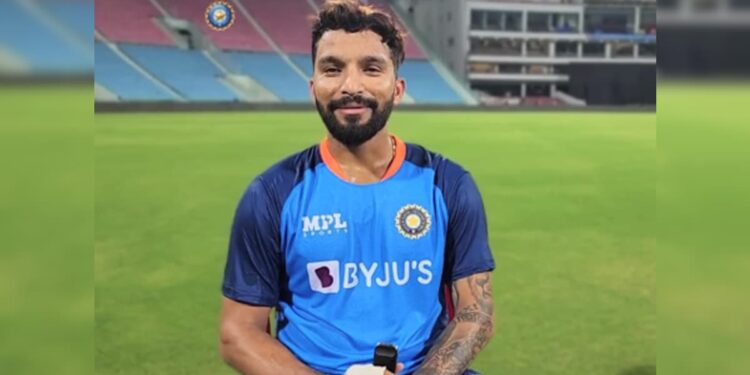 Aiming to build a quality team for the 2023 ODI World Cup, the Indian cricket team is embarking on a new journey in the ODI circuit. Players like Rohit Sharma, Virat Kohli, KL Rahul and other senior players return as the Indian team gears up for the challenge in Bangladesh. Ahead of the first ODI, much has been said about the team composition India will opt for in the opening over-50s match at Mirpur. The likes of Rajat Patidar and Rahul Tripathi have entered the batting unit, but will any of them make the cut?

Here’s what we think should be India’s playing XI for the 1st ODI against Bangladesh:

Shikhar Dhawan: With his appearances in the Indian team now only limited to the 50-over format, Shikhar Dhawan is a sure starter for Team India in the format.

Rohit Sharma: The skipper returns after the heartbreak of the T20 World Cup. He would like to put the disappointment behind him and start again in the ODI format, with next year’s World Cup as the ultimate goal.

Virat Kohli: There is not even a discussion about Kohli’s position in the team. After returning to form in the Asia Cup this year, the talisman batsman would like to translate his form into the 50-over format.

Shreyas Iyer: Although an all-format player, Shreyas Iyer has seen a more consistent run in the ODI format than any other lately. He is expected to become an important pillar for the team in the future.

KL Rahul: An opening hitter in terms of attribute, but it is mid-range where Rahul has found a place for himself in the Indian team’s ODI plans. He is likely to continue in this role in ODIs for India.

Rishabh Pant: The man whose place in the Indian team has sparked much discussion is likely to be trusted, at least in the first few ODIs.

Axar Patel: His ability to perform both with the bat and the ball makes him a rare asset. In the spin-friendly conditions, Axar becomes an important member of the team.

Washington Sundar: Like Axar, Sundar’s all-around abilities, coupled with recent exploits, make him a valuable member of the team in the Over-50s format.

Deepak Chahar: India needs someone to strike at the front and there is no one better than Chahar to do that at the moment. Expect him to lead the line with the ball for India.

Mohammed Siraj: With Mohammed Shami out, Siraj becomes an even more important player for the team. His recent form is also a testament to his skill with the ball.

Kuldeep Sen: Kuldeep Sen has shown his brilliance in domestic cricket and is likely to take advantage of Shami’s injury and secure a place in India’s line-up for the first ODI.