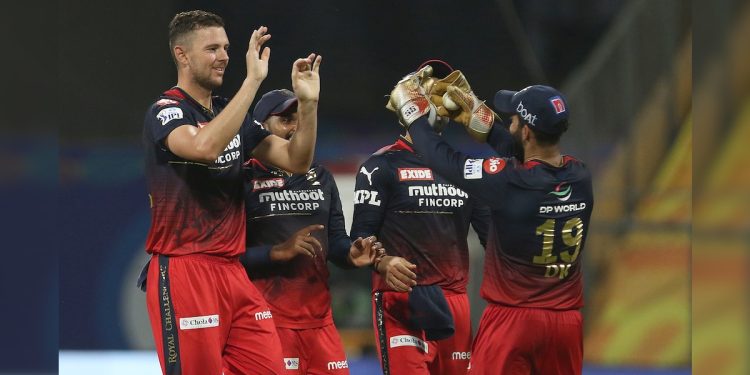 
Royal Challengers Bangalore pacer Josh Hazlewood praised wicketkeeper batter Dinesh Karthik, saying he “gets better with age”. Glenn Maxwell and Dinesh Karthik’s spectacular half-century were bolstered by spirited performances from bowlers as Royal Challengers Bangalore defeated Delhi Capitals by 16 runs in their IPL 2022 match at Wankhede Stadium. “It was unbelievable. The time it took for him (Dinesh Karthik) to put himself down and eventually explode was unbelievable. He gets better with age and he does it in every match so it’s great to watch. His knocking was different tonight,” Hazlewood said at a press conference after the game.

Dinesh Karthik crushed an unbeaten 66 while all-rounder Glenn Maxwell played a superb 55 knock to lead Royal Challengers Bangalore to a defensible goal of 189/5. For DC, Shardul Thakur, Khaleel Ahmed and Axar Patel each took one wicket.

For RCB, this is their 4th win in six matches in the 2022 Indian Premier League, moving them to third place. While for Delhi this is their third loss in five games.