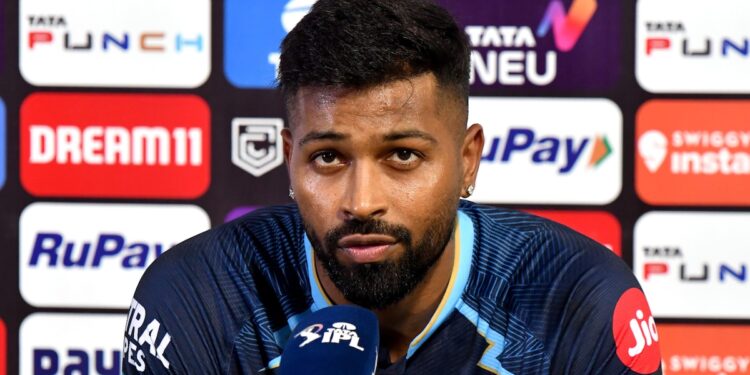 In their first season in the Indian Premier League, Hardik Pandya has done a great job leading Gujarat Titans to the final. GT dominated the competition stage, then defeated Rajasthan Royals in Qualifier 1 to become the first team to make it to the IPL 2022 final. They will now face RR again, after beating Royal Challengers Bangalore in Qualifier 2. The Titans’ team director Vikram Solanki praised their skipper, saying he has “a balanced character typical of winners”.

“For me from the start, from the moment we talked to him about the captaincy, it was very clear that he was excited about it,” Vikram Solanki told ESPNcricinfo about Hardik Pandya, which was one of their pre-auction picks.

“Obviously he’s a passionate cricketer, he plays cricket in a kind of entertaining way that’s contagious in his own style, because he’s confident, he’s ready to take the fight. But up to a point, that point about encouraging of people not to be afraid to make mistakes, not to doubt himself when something went wrong, he certainly gave his time in that sense, he gave his experience in that sense, and he has a lot of experience to to share,” said the former England cricketer.

“To me he has a balance that is typical of winners. He is someone who has clearly been through a lot in his life, both as a cricketer and as a person. And he uses those experiences to kind of lead the way he does” said Solanki.

“I’m so happy because he was determined to do it really well. He’s a good person through and through. And that served him well,” he said.

Gujarat Titans take on the Rajasthan Royals on Sunday at Narendra Modi Stadium in Ahmedabad as they look to make history in their first year in the tournament.