IPL 2022: No time to dwell on the past, says Delhi Capitals’ Rovman Powell | Cricket News 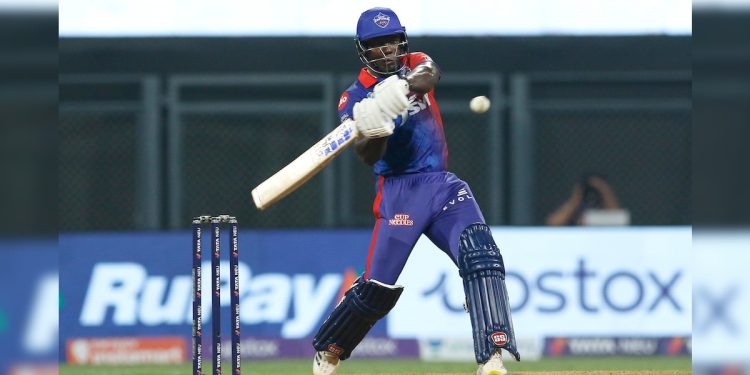 As the Delhi Capitals gear up for their next game of IPL 2022 against Kolkata Knight Riders, power-hitter Rovman Powell took a moment to reflect on the much-discussed no-ball saga that unfolded during Delhi Capitals’ previous game against Rajasthan Royals on Friday. Powell, who hit three sixes in the first three balls of the dramatic final, said the team doesn’t have time to dwell on the past. “It’s something that we have to put behind us very quickly. There are a lot of games coming up and we don’t have time to dwell on the past. You know, we always have to look to the future because there are some important games coming up “We have to win important games to qualify for the next round of the competition. We don’t have time to sit still and think about what happened in the past,” said the West Indian.

“To be honest, I was pretty confident (six sixes in an over). After I got the first two I thought what could happen from here, then I got the next one. I just hoped it was a no -ball, but the umpire’s decision is final, and we cricketers take that and move on,” he added.

Powell said his form in the previous game has boosted his confidence.

“It felt good. I’ve been looking for that in recent games and it’s finally good to see a few come out in the middle. It’s up to me to take the confidence out of that game leading up to the rest of the matches, and just carry it over to the next stage of the competition.”

Speaking of Delhi Capital’s upcoming games, the 28-year-old batter said there were some important games coming up.

“We’re seventh in the standings and that’s a good place to be at this point in the competition. It’s now up to us to keep climbing the ladder and hopefully reach our target, which is the top four. Once we qualify for the top four, we have a chance to win the 2022 IPL.”

The Delhi Capitals will face Kolkata Knight Riders on Thursday in their next match of the IPL 2022 at Wankhede Stadium.