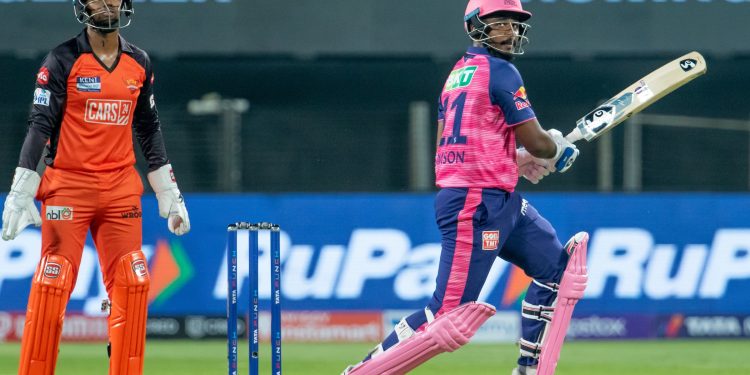 Sanju Samson, despite starting the Indian Premier League (IPL) 2022 with half a century, has been unable to maintain his form for Rajasthan Royals (RR). The 27-ball 55 the 27-year-old hit in RR’s season opener against Sunrisers Hyderabad remains his only half-century in eight games. In fact, in the last six games, the wicketkeeper batter has fallen under 30 four times. As the IPL is one of the last chances to impress the BCCI selectors for a ticket to the 2022 T20 World Cup in Australia, Samson’s inability to score high could be a problem.

“That Sanju is wasting good form and a good chance to score points to push through for an international recall, to lead his team if Jos Buttler doesn’t score,” Bishop said on ESPNCricinfo’s ‘T20 Time Out’.

While Samson is a joy to watch when he gets going, the free-flowing right-hander still needs to consistently play the kind of impactful innings expected of him. He last played for India in the T20 home series against Sri Lanka in February.

With the flamboyant Jos Buttler failing against RCB on Tuesday, this was the perfect opportunity for the RR skipper to take the opportunity. In fact, Samson looked good, hitting three sixes and a four, but could only get 27 out of 21.

He was fired by Sri Lanka spinner Wanindu Hasaranga after missing an attempted reverse sweep.

“It’s not that Sanju is out of shape. But that’s a match-up with Wanindu Hasaranga and him, and he should have known better. He came out of the blocks nicely,” Bishop said. “I’m a fan of Sanju Samson, it’s been like that for years, but he’s wasting his good form on shot selection,” added Bishop.

Former New Zealand captain Daniel Vettori thought the game comes too “easy” for Samson and is therefore trying to do too many things.

“It feels like the game is too easy for him, so ‘I’m going to try something different, I’m going to try and make sure I can play every shot in the book’. He’s at his best when he hits the ground,” said Vettoria.

“It’s a joy to watch him play so well. But everything looks a little easy and sometimes it feels like he’s not in the moment, and then he’s out.”