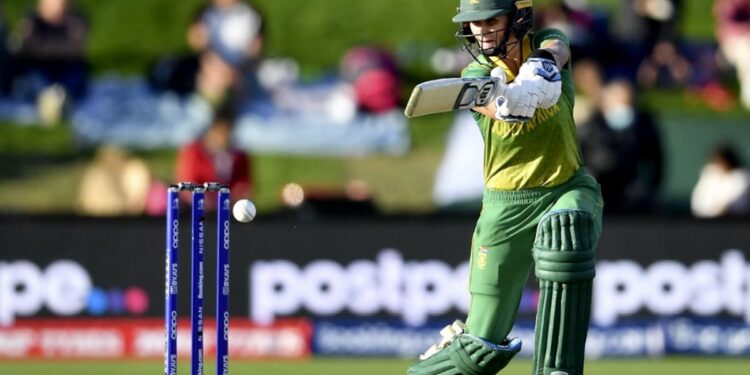 The Women’s T20 Challenge is just around the corner as the three-team tournament kicks off Monday at the Maharashtra Cricket Association Stadium in Pune. Proteas batter Laura Wolvaardt will represent the Deepti Sharma-led Velocity this season. 2022 was a great year for the righthanded batter, as she showed great form in the Women’s World Cup. Speaking to DailyExpertNews, Wolvaardt opened up her expectations of the upcoming tournament and how a potential Women’s IPL can help move the game forward.

“I’m really excited to play for Velocity in the Women’s T20 Challenge. It’s a short tournament, but I think it will be a lot of fun. I’m really looking forward to spending some time with the team and getting to know everyone I am very honored and privileged to be a part of it. I think the matches would be very exciting,” Wolvaardt told DailyExpertNews.

“Definitely excited to play alongside her (Shafali Verma), she is incredibly talented. She is extremely powerful, I am happy to be on her team for a change. I am excited to see her do her business in the nets and in the game. I’m really looking forward to playing with her,” she said as she spoke of the young India opener.

The buzz around the Women’s IPL has already picked up pace and it looks like the highly anticipated tournament will likely get underway next year if it’s ratified at this year’s BCCI’s AGM.

Speaking of Women’s IPL, Wolvaardt said: “I think the Women’s IPL next year would be incredible. Obviously a lot of players have been waiting for it for a long time. It would be really good for the game. It’s such a strong side and they have put in performances over and over, so excited that they have their own league and I hope it works out. It would be incredible to be a part of it.”

For the past few seasons, Mithali Raj has led the Velocity team in the tournament and Wolvaardt said he was looking forward to sharing the locker room with the Indian great. However, the veteran batter from India will not be part of the tournament.

“Yes, I was looking forward to playing with her (Mithali) and learning from her. Obviously I think she has had an incredible impact on the women’s game overall and contributed to the development of the game. In India I think she’s a national hero and to be able to play with her would have been really cool, but there are a lot of other players in the team and I’m looking forward to playing with them,” said Wolvaardt.

In the Women’s World Cup held in New Zealand this year, Wolvaardt scored 433 runs for South Africa and played a key role in reaching the semi-finals. The batter revealed that she didn’t have an offensive game initially and had to work hard on that.

“I think overall the team and I have had a really good Women’s World Cup. Obviously we would have liked to have gone one step further and reached that final. Just keep calm under pressure, I really enjoy opening the battle in ODI cricket and I know my role very well and it takes a lot of pressure off me just because I know what to do and I have an idea where I should be at certain points of the game So my job is really about batting as long as possible and keeping the innings together for the team. Being clear about my role in every game has helped me in my career,” said Wolvaardt.

“I think growing up I was just an over-50 cricketer. A lot of people put me in that box, I think, I didn’t have many attacking shots or didn’t have the strength or power to go into those next gears. So it’s definitely something I had to consciously work on and develop the T20 game, develop more shots and power, it was a combination of gym work and knowing which areas are my strengths in the field and sticking to that game plan. “It hasn’t always been the case that I’ve been both attacking and conservative. The cricketer I probably look up to is Meg Lanning from Australia. She’s pretty good all-round and I aim to be as good as all-round,” explained them further.