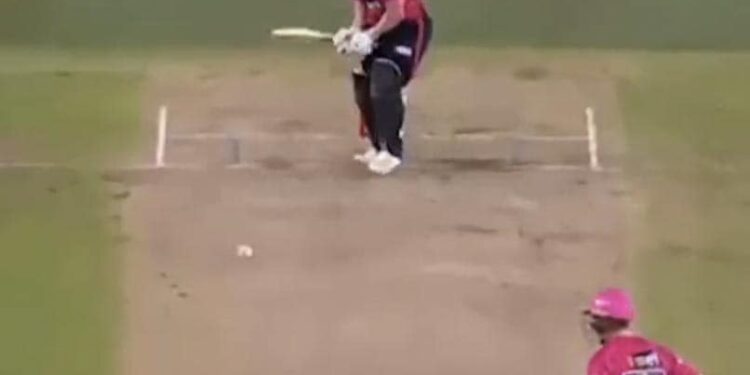 Perth Scorchers took a record-breaking fourth Big Bash League title on Friday after beating defending champions Sydney Sixers at Melbourne’s Marvel Stadium. In the match, pacemaker Jhye Richardson produced a toe-crushing yorker to fire Steve O’Keefe, sealing a record-breaking fourth BBL title for the Scorchers. O’Keefe had no answers on the throw, and the umpire quickly raised his fingers too. A video of Richardson’s toe-crushing yorker to O’Keefe was uploaded by cricket.com.au on their official Twitter handle.

Prior to the final, both the Scorchers and Sixers were tied on three BBL titles. However, Sixers had a mountain to climb after some of their first-choice players missed the final due to a COVID-19 outbreak at the camp.

After being put into batting, the Scorchers faltered at 25 for four after the first six overs.

However, skipper Ashton Turner and Laurie Evans, who has been a revelation for the four-time champions this season, set a 105-run lead to anchor the innings.

In response, the Sixers were unable to recover from the early firings of their makeshift openers Hayden Kerr and Nicholas Bertus.

The Sixers continued to lose wickets at regular intervals as no other player, except skipper Daniel Hughes, managed to exceed the 20 run.

Hughes scored a battling 33-ball 42 as the Sixers were eventually rolled over for a total of 92, losing the game 79 runs.