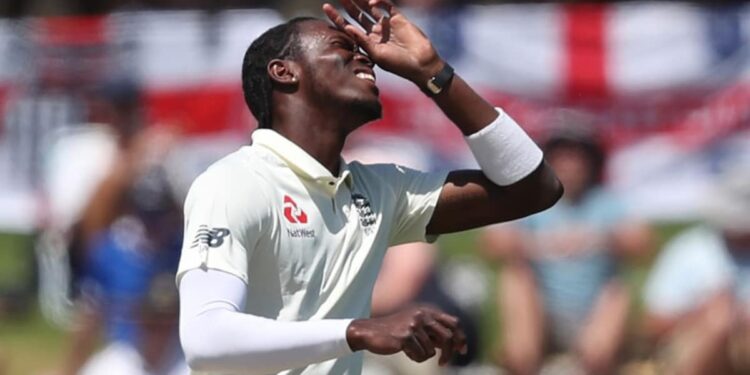 Jofra Archer suffered a stress fracture to his lower back.© AFP

“We are all with you and we are all heartbroken with you @JofraArcher,” the ECB tweeted.

We’re all with you and we’re all devastated with you, @JofraArcher

Archer was due to make his comeback for Sussex on May 26 in their first T20 Blast game against Glamorgan, having last played competitive cricket for England on March 21.

Archer has missed several crucial matches for England, including the 2021 T20 World Cup and Australia’s Ashes series due to his fitness issues.

His injury is a huge blow to England, with the T20 World Cup in Australia in October.

Barbadian-born Archer, who appeared in 13 Tests, 17 one-day internationals and 12 T20s for England, underwent a second elbow surgery in December to deal with a stress fracture.

England kick off a busy home season with a three-game Test series against New Zealand on June 2.