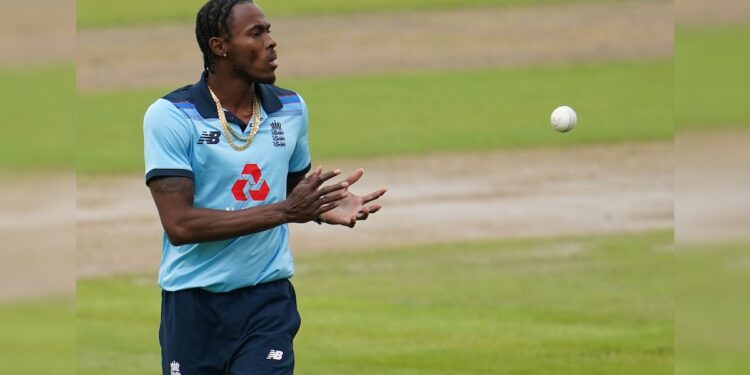 Jofra Archer missed both the T20 World Cup and the Ashes due to his elbow injury.© AFP

England pacemaker Jofra Archer has been out of the running for ten months and is still recovering from his elbow injury after undergoing a second surgery in December. Archer had also gone under the knife last May and was unable to recover in time to play the 2021 T20 World Cup and the Ashes series in Australia. Missing those two major tournaments was one of the “hardest pills I’ve had to swallow”, says the 26-year-old speedster. “The hardest two pills I’ve had to swallow were not playing in the Twenty20 World Cup and the Ashes, but everything else has been so good since then,” Archer said. Daily mail.

“In myself I know I’m not ready yet, but having access to the doctors, physio and removing the need to go back to England feels like a real plus. I feel like I’m setting time now ,” added Archer, who is currently recovering in Barbados.

“At the moment I can do everything, but it’s small steps. I have no idea when I will play matches, I’m just trying to build up and it’s about what I can tolerate at a certain point. That’s all. I have I’ve had a few rehabs now and sometimes it can get to a level where you just weight your hand down, and you have to pull back a little bit, then when you come back a few days later, it can take some strain,” he explained.

Of missing the Ashes, Archer said: “Looking at the Ashes I felt like I’d let everyone down a bit, when you see fast bowlers take 90 percent of the wickets – but you don’t hit on purpose injured.

“Of course I want to be part of making this England team a success, but the past year has taught me that you can plan what you want and then something happens that changes everything.”