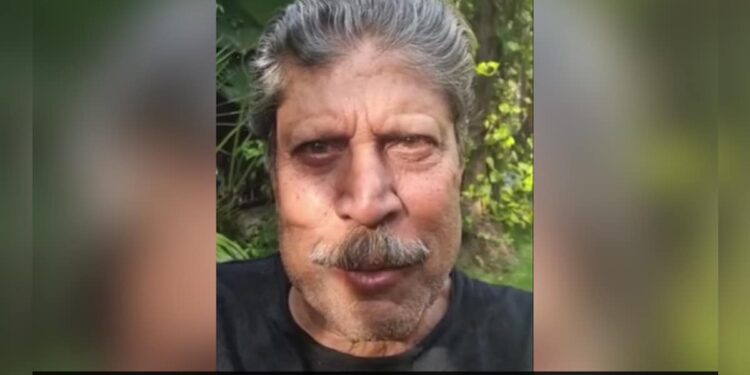 Former Indian cricketer Kapil Dev recently shared that childhood obesity can be tackled by keeping the phone away from them and letting them play. The former India World Cup-winning captain attended an event to raise awareness of type 2 diabetes and obesity in India. He spoke to ANI and advised people to spend at least an hour a day on their fitness. He said, “If you can’t give your body a few hours or an hour a day then that’s your problem and I don’t need to tell anyone, people are intelligent, sometimes there’s no consciousness”.

When asked about the rising obesity rate among Indian children, he added, “Keep the phone off for a few hours a day and let them play in the ground, that will help.”

A global healthcare company in India teams up with Kapil Dev to launch ‘Break the Partnership’ – a campaign aimed at educating people with diabetes (PwD), their carers and doctors about the serious impact of weight on type 2 diabetes (T2D). .

A study shows that 67 percent of people with type 2 diabetes in India are also obese. Even a kilogram of weight loss can help reduce HbA1c by 0.1 percent, limiting the risk of diseases related to the heart, kidneys and bones and having an even greater positive effect on the patient’s health.

Every 7th person with diabetes in the world is an Indian and more than 6 lakh individuals die due to diabetes every year in India (second only to China). The situation worsens when people with diabetes cannot control their weight.

Announcing the launch of the campaign, Dev, the brand ambassador of Novo Nordisk India, said: “I am delighted to join Novo Nordisk in its fight against diabetes. The ‘Break the Partnership’ #WeightinDiabetes campaign focuses on spreading awareness about the harmful association of diabetes and weight, which must be addressed with utmost importance.In cricket, a partnership between two batsmen can be very damaging to the opposing team, and a bowler always tries to end it as soon as possible to make. “

“Similarly, the combination of weight and diabetes can be detrimental to patients and should be treated in a timely manner. It is important to weed out impending complications before they make you stupid. Advances in science today enable effective treatment options for type 2 diabetes that help with both blood sugar control and weight management As a person with type 2 diabetes I know that diabetes can be managed efficiently if we act in a timely manner and use the right medication I suggest and strongly recommend that patients talk to their doctor about newer and progressive treatment options available for type 2 diabetes,” he added.