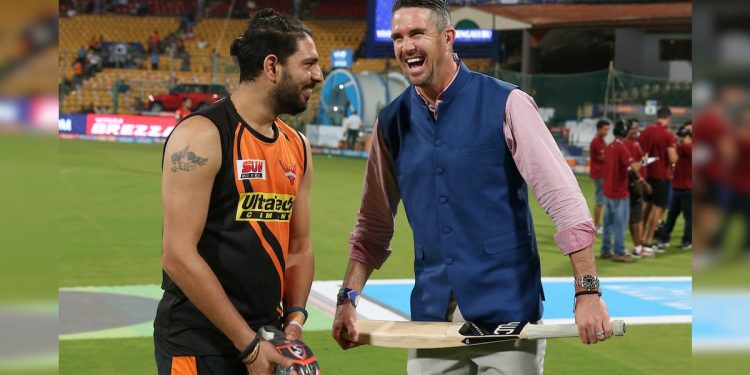 Manchester United’s Premier League season went from bad to worse as they suffered a humiliating 0-4 loss against Brighton on Saturday night. Ralf Rangnick’s side was defeated by goals from Moises Caicedo, Marc Cucurella, Pascal Gross and Leandro Trossard at Amex Stadium. Due to the defeat, Manchester United in sixth place did not stand a chance of reaching the Champions League for the fifth time in 30 seasons. After Manchester United’s crushing defeat, Chelsea fan Kevin Pietersen took to Twitter to troll fellow cricketer and Man United supporter Yuvraj Singh.

The duo were engaged in a hilarious back and forth after former England cricketer made fun of Yuvraj.

Pietersen started it all by tweeting, “If anyone knows where @YUVSTRONG12 is, please let them know I’m thinking of him at this terrible time…!”

“Thank you friend! I also thought of you in the Champions League. ??But I agree that this is unacceptable,” Yuvraj said.

Thanks buddy! I also thought of you in the Champions League . But I agree that this is unacceptable

The pair then continued to support their respective teams, with Pietersen gaining the upper hand thanks to Chelsea’s better performances in recent seasons.

No, I don’t have all the sports knowledge. Why don’t you tell the whole Twitter world?

It is a game that Chelsea are playing and not Man Utd. The best teams in Europe play here…

I’m not sure, but your next trophy could win the championship in a few years.

With 58 points and just one game to go, United’s fifth consecutive loss means United will finish with the lowest points total in the Premier League era.

“It was a terrible performance. From the first to the last minute it was not enough, we can only apologize for this performance and a humiliating defeat,” said Rangnick.

Chelsea also had a day to forget in the Premier League, leading by two goals in a 2-2 draw with Wolves in front of future owner Todd Boehly.