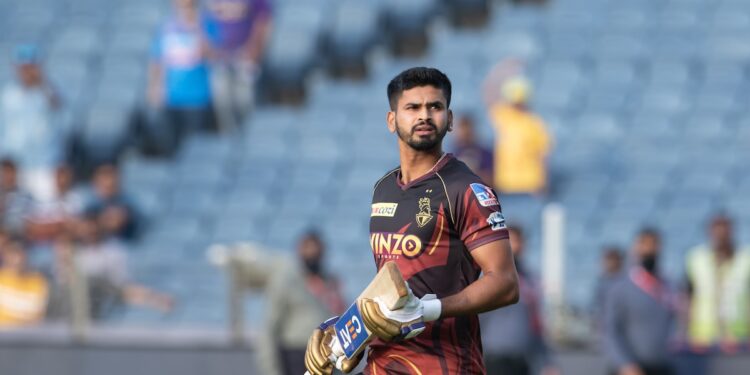 Kolkata Knight Riders skipper Shreyas Iyer on Saturday clarified a comment he made, saying the team’s “CEO is also involved in team selection”. Speaking after the game against SunRisers Hyderabad, Shreyas clarified that he meant to say that CEO Venky Mysore is there to “comfort” the players who are not part of the playing XI.

“And I also want to make clear from the last interview, when I took the CEO’s name I actually wanted to say that he is there to comfort the players who are sitting outside, it is also very difficult for us when we select the team , so yeah,” Shreyas said during the post-game presentation against SunRisers Hyderabad on Saturday.

Shreyas’ comments came after KKR posted a 54-point win over SunRisers Hyderabad on Friday to move to sixth in the IPL points table.

Earlier, after the match against Mumbai Indians, Shreyas had openly stated how difficult it is to tell the players that they are not part of the playing XI and he also said that the “CEO is also involved in the team selection”.

“It’s really hard because I was in that position once when I started playing the IPL. We talked with the coaches and of course the CEO is also involved in the team selection, so especially Baz (Brendon McCullum) , he goes to the players and tells them to be honest they are all very supportive in the decision making and the way they come to the ground and support each individual it is something to be proud of as a captain and i am very happy with how we played today,” Iyer said.

Speaking of the match between KKR and SRH, the former batted first and scored 177/6 in 20 overs, thanks to an unbeaten 49-run knockout of Andre Russell.

Andre Russell then returned with three wickets as SRH was limited to 123/8 and KKR took a 54-run victory. Russell was named player of the match for his performance.