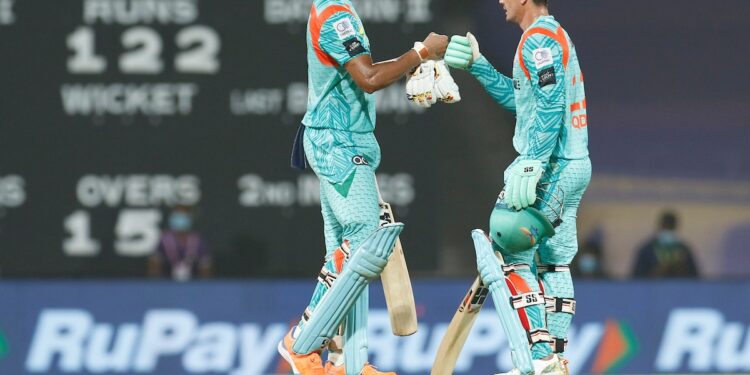 KL Rahul crossed the 500-run milestone in an Indian Premier League (IPL) season for the fifth time on Wednesday. With this performance, he became the first Indian batter to break the 500-run mark for the fifth consecutive IPL season. The classy right-handed opener achieved this feat during match number 66 of the ongoing 2022 Indian Premier League between Lucknow Super Giants and Kolkata Knight Riders here at the Dr. DY Patil Sports Academy in Navi Mumbai. LSG won the game by two runs and qualified for the play-offs.

“500 runs in IPL for @klrahul for fifth consecutive season. Become the first Indian player to achieve this feat,” IPL tweeted.

500 runs in IPL for @kllahul for the fifth consecutive season. Become the first Indian player to achieve this feat.#TATAIPL pic.twitter.com/Pt9XaJFdBt

LSG skipper KL Rahul put in a handy 68* inning, while fellow opener Quinton De Kock put in an unbeaten century to help the IPL debutants reach the formidable total of 210 without losing wickets against KKR.