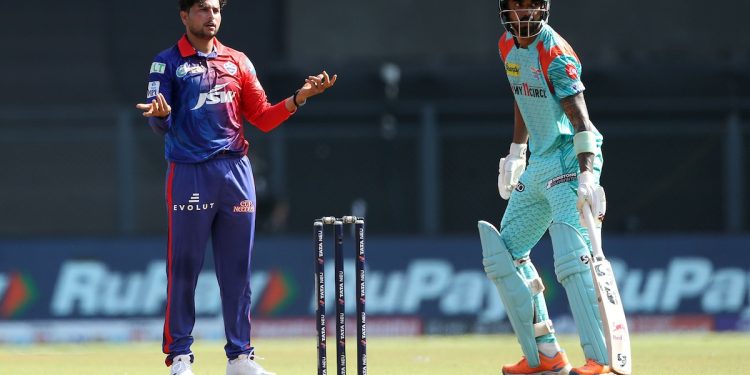 Kuldeep Yadav is a reborn player. After his trials and tribulations with Kolkata Knight Riders over the past few seasons of the Indian Premier League, the left-handed spinner is back and giving the batters a hard time. The move to a new team — Delhi Capitals — has worked wonders for him, bringing him back to India, while Kuldeep himself has praised DC coach Ricky Ponting and team captain Rishabh Pant for motivating and showing confidence in him. However, Kuldeep Yadav’s youth coach Kapil Dev Pandey credited current India captain Rohit Sharma for the name behind his resurgence.

“Every time captains trusted him, Kuldeep delivered a good performance. He has a good record in Tests. He has two hat-tricks in ODIs. He has a good T20I record. But still he didn’t get enough chances. This is really shocking. career is protected by Rohit Sharma. Rohit is the man behind Kuldeep’s revival. He is a fantastic captain and he knows how to find talent in a large group of players. Before the IPL, Rohit called Kuldeep and gave him the chance (against West India). Kuldeep also delivered two wickets,” Pandey was quoted as saying by TimesofIndia.com.

“Rohit kept a close eye on Kuldeep, his Yo-Yo Test and rehabilitation reports. Rohit was impressed with Kuldeep’s rehabilitation program. Rohit should be given credit for Kuldeep’s comeback. He wouldn’t have been here today without the support of Rohit, Pant and Ponts.”

“Each captain has his own style of captaincy and players pick. Kuldeep played a lot of cricket under Virat. Virat wants experience on the side. He went with Ashwin and Jadeja. He preferred Axar to Kuldeep because of Axar’s hitting abilities. captain must trust his players,” added the youth coach of de Kuldeep.

The left-spinner made nine appearances for KKR in the 2019 season and appeared in just five games the following season.

In 2021, he missed the tournament due to injury and was later released alongside the mega auction.

But at Delhi Capitals, Kuldeep has found his mojo again. In nine matches played in IPL 2022, he has taken 17 wickets with an exceptional average of 15.82.

His only behind India teammate and fellow spinner Yuzvendra Chahal (19 wickets) in the race for the Purple Cap.