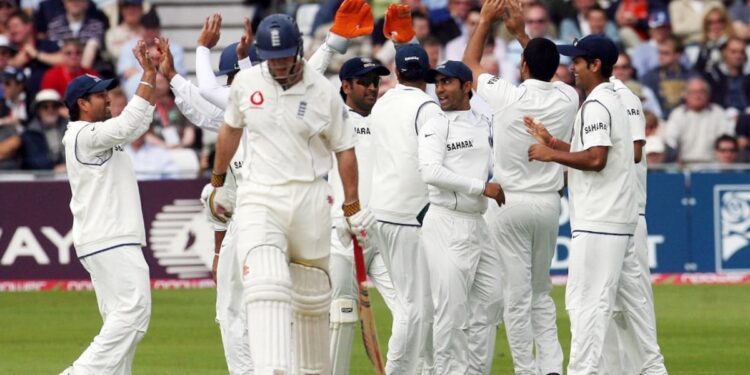 Do you remember the Jelly Bean incident that happened during the 2007 Trent Bridge test between India and England? If not, this is what happened. Team India pacer Zaheer Khan had his bat pointed at Kevin Pietersen standing near the slips after he noticed jelly beans being thrown onto the wicket. Over the years, it has been found that jelly beans were indeed on the surface and that it was done to have some “patter” in the middle.

It is important to remember that 2007 was the last time India defeated England in England in a Test series. The then Rahul Dravid-led side had won the series 1-0 after winning the Nottingham Test.

Former England player Ryan Sidebottom who is currently in India playing for the Manipal Tigers in the ongoing Legends League Cricket, opened up about the whole incident in a conversation with DailyExpertNews.

“Sometimes you know that cricket and cricket can be very tough and difficult and sometimes you think life is too short, you just have to enjoy it with a smile on your face. In the jellybean incident, India was at the top of that game and they were outsmarted us at the time We just thought to put jellybean on that wicket it was nothing it was just a little chatter the English press blew it out of proportion but you know we all want a little bit of fun and enjoy what you do,” Sidebottom said.

Sidebottom played 22 Tests, 25 ODIs and 18 T20Is for England, taking 131 wickets in all formats of the game. He also has a Test hat-trick to his name, as he achieved the feat against New Zealand in 2008.

When asked about what he sees as the pinnacle of his career, the former pacer said: “Well, winning a T20 World Cup would be one and taking a test hat-trick would be another with my family involved. I’d say too “playing against India on home soil. I probably threw the best in my testing career and didn’t take that many wickets. But when you play against the likes of Sourav Ganguly, Rahul Dravid, MS Dhoni and Sachin Tendulkar, it doesn’t get much better than that.”

About his favorite memory of playing against India, Sidebottom replied: “Playing India at Lord’s has to be there, all the history around Lords, playing against perhaps the best batting formation, doesn’t get any better than that.”

Speaking about his experience playing the Legends League, the former pacer said: “It was an amazing experience. Indian fans are so passionate, it was an enjoyable experience and it was tough cricket. Everyone will see we get out and about and doing our very best for everything in the Legends League. I think this concept is going to grow and get bigger and bigger, look at the players on display. Legends League is amazing.”