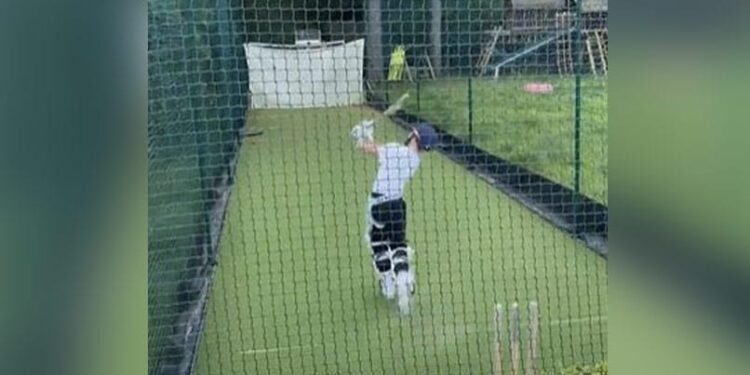 Kevin Pietersen was one of the most stylish batters to play for the England cricket team. The South African-born batter played 104 Tests, 136 ODIs and 37 T20Is for England, scoring 8,181, 4,440 and 1,176 runs respectively in the three formats. Pietersen was also captain of the England national team. He also played in the Indian Premier League (IPL) playing for numerous teams including the Delhi Daredevils, Royal Challengers Bangalore and Rising Pune Supergiants. He has also appeared in the Pakistan Super League for Quetta Gladiators and the Caribbean Premier League for St Lucia Zouks.

Pietersen is now a retired cricketer. He last played an international game in January 2014. Recently, the former England batter shared a few videos of his son Dylan hitting his son Dylan on Instagram with the caption: “Like father, like son… #Flamingo.”

But in the next video Pietersen shared, he wrote, “Absolutely NOT like father, like son! Dylan has a much better high elbow than I ever did!”

Recently, Pietersen weighed in on Virat Kohli’s form and said the Indian batter is in “that dark place” and you can only hope he finds form as the game needs him to score points.

“I think he’s on the point and because I’ve been to that point a few times in my career, it’s not fun. It’s a very lonely, lonely place, especially when you have all eyes on you. Everything is Kohli, Kohli and Kohli. He is in that dark place, I just hope it will be over soon because the game needs him to score points,” Pietersen told Star Sports after the match between RCB and SRH.