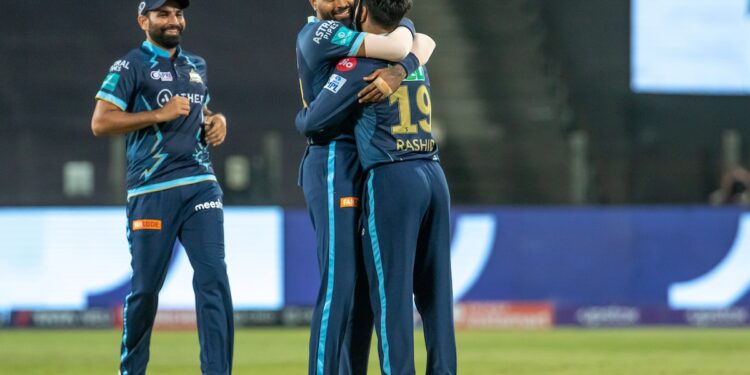 Hardik Pandya is a lucky man. Devoid of any captaincy experience, he was made captain of the Gujarat Titans at the start of the Indian Premier League (IPL) 2022. And now his team is the first to participate in the IPL 2022 playoffs. With two games to go, they secured their place in the top four. In 12 games, they accounted for nine wins and 18 points. The win over LSG was made all the sweeter after GT hiccuped in their last two matches against Punjab Kings and Mumbai Indians.

After the win over LSG, Pandya revealed the message sent to the GT side during the match against LSG, which they won by a huge margin of 62 runs.

“Really proud of the guys. When we started this journey together, of course we believed in ourselves, but to have qualified for the 14th game is a great effort and really proud of us. The last game I spoke with the guys (after the loss to MI), that we thought the game was over before it was over,” said Hardik Pandya after the game.

“That was a lesson we took. I think in all the games we’ve won we were always under pressure. The last game was the only game we were ahead of and we knew what kind of batters we have and we’re making it But it didn’t happen. That was the talk of the group. Even in this match (against LSG) when they were eight, I said, “Let’s be ruthless. This game is beautiful. If it’s not over, it’s not over. So let’s make sure we finish it. If they’re down, let’s hold them down, get this done and relax after the game.”

He went on to add how GT was making a comeback despite losing their last two games. “I always feel that when you lose a game like we did the last game, in a group, it’s important that you believe ‘we won games as a team and we lose games as a team’. We didn’t do what we did had to do and we know we messed up a little bit but we will mess it up as a team how we take credit as we say as a team we won we will make sure if we lose we will say : ‘We lost’ instead of saying, ‘This man, that guy.’ We also kept laughing. It’s important to make sure the atmosphere is always there,” he said.

Pandya praised left-arm spinner Sai Kishore, who took two wickets for seven runs in his first match of the IPL 2022.

“Sai, I’ve rated him pretty highly as a left arm spinner. He’s quite a technical bowler. Because of his height and pace, he gets a little extra from the wicket. Because of the fast bowling attack, we weren’t able to get him to play But looking at this wicket, we thought if we can add a spinner with the right-handers it would make a big difference,” he said.

Despite GT coming in for a low total of 144/4, Pandya was always confident of a win. “The way everyone hit, especially Shubman, I felt we were in the game with 145. Their bowling, I think they were a little too short. A little fuller length worked”, . That was also the discussion in the group. The only two shots they can score runs with are cover drift, if you’re bowling really full, or if you give width. The bowlers did everything they had to do and we ticked all the boxes,” he said.