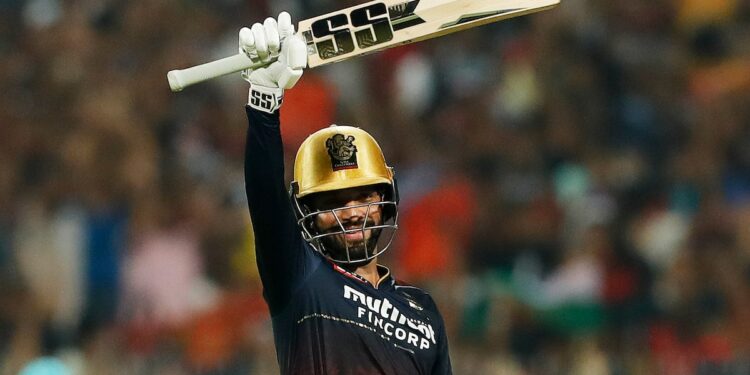 Royal Challengers Bangalore batter Rajat Patidar on Wednesday became the first unrestricted player in Indian Premier League (IPL) history to win a century in the playoffs. The batter achieved this feat during his side’s Eliminator clash against Lucknow Super Giants at the Eden Gardens in Kolkata. It was a memorable day on the pitch for Patidar as he crushed an unbeaten 112 at just 54 to lead his squad to a massive 207/4 by the end of their 20 overs. In response, LSG could only score 193/6.

Watch: Rajat Patidar Hits His Ton with a Fabulous Six

He also became the first player from his side to score a century in the playoffs, surpassing Chris Gayle’s 89-run knockout in the second qualifier against Mumbai Indians in the 2011 edition of the competition. Previously, the highest score of an uncapped player in playoffs/knockout matches was Manish Pandey during the 2014 edition of IPL. When he played for Kolkata Knight Riders against Punjab Kings in the final, he scored 94 runs for his side.

Overall, he is the fourth uncapped player to reach a century in the league. The first was Manish Pandey, who scored an unbeaten 114 in 2009 against the now-defunct Deccan Chargers. The other uncapped players with an IPL century are Paul Valthaty (120* for Punjab Kings against Chennai Super Kings in 2011) and Devdutt Padikkal (101* for Royal Challengers Bangalore against Rajasthan Royals in 2021).

His century was also the fastest of the season.