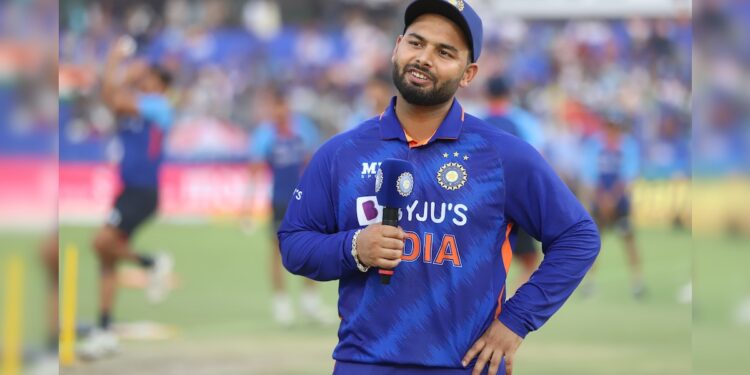 India captain Rishabh Pant praised the squad’s fighting spirit after the hosts came back from two games behind to open the decider’s five-game run against South Africa, which was washed out here on Sunday. The wicketkeeper batter said there are many positives to be gained from the series that ended 2-2. “It may be a bit frustrating, but there are a lot of positives, especially the way the whole team showed character after the series was 2-0. We are trying to find different ways to win matches, we are trying in a new way.

“Mistakes will happen, but we are on the right track,” Pant said after the fifth and final game was canceled due to rain.

“I think this is the first time I’ve lost so many throws at once, but I can’t control it, so I don’t think too much about it,” he said when asked about his bad luck in the series. , after losing all five pitches.

Speaking of his personal form, Pant said: “From a personal point of view, I would like to contribute more to help my team win. All I can think about is giving my 100 percent as a player and captain.”

India and South Africa shared the honors after the final game was canceled with just 3.3 overs possible.

After being batted into bat, a persistent rainstorm delayed the game by 50 minutes. It started to rain just as the game was about to start.

The interrupted game started at 7:50 PM but was called off after just 16 minutes of play, with India scoring 28 runs for the loss of two wickets.

South African skipper Keshav Maharaj, who replaced injured regular captain Temba Bavuma, said it was disappointing to close the curtains on such an exciting tour in this way.

“Very disappointed that we didn’t get a full game at the end of an exciting tour. We tried a few combinations. Still working on it for Australia. You might see some changes. I’m sure the future series against India will be interesting are like this one.

“We carried our confidence from previous tours and at the same time we didn’t want to take anything for granted,” he said.

Series player Bhuvneshwar Kumar, who finished with six wickets for 85 runs with a best of 4/13, said it is always a proud moment to win the honors in a T20 series.

“When you get Man of the Series it’s always a proud moment, and as a bowler in T20 it’s even better. I’m always focused on coming back stronger, whether it’s my bowling or my fitness.

“I’ve been playing for years now, my role has always been the same. Bowl two in the power play, bowl two at the end. These things are always the same, but as a senior I always think about helping the youngsters.”

“I was lucky that the captain gave me a full hand and said: do as you please. I am blessed in that regard,” he said.