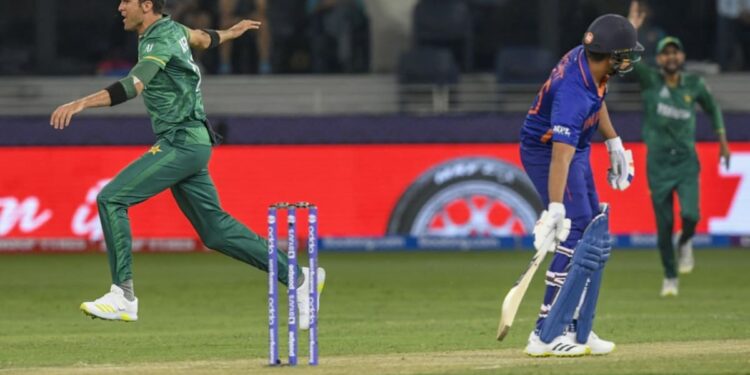 Since their disappointing campaign in this year’s T20 World Cup, many fans and pundits have wondered what went wrong for Team India in the showpiece. The Men in Blue started their campaign with two consecutive defeats in the Super 12 stage. In their opener, they lost to Pakistan by 10 wickets and then to New Zealand by eight wickets. Speaking to Sport360, the legendary Pakistani cricketer believed India could never recover from Shaheen Shah Afridi’s iconic scoop. The pacesetter gave Pakistan a fantastic start, taking the wicket from Rohit Sharma in the fourth delivery of his first. The pacer fired KL Rahul in the third over and also sent Virat Kohli back to the pavilion in the 19th over.

India eventually managed to set a target of 152 runs for Pakistan, which they accomplished in 17.5 overs without losing any wickets.

“Then you see that there was a lot of talk that they are concentrating a lot in IPL. Their players don’t play much against international players and also in the other competitions.”

He also added that Indian batters Shaheen, Haris Rauf and Hassan Ali have not met much.

The 55-year-old also suggested that the BCCI should “think back” and allow players to try at least “one or two” more leagues worldwide.

“If you play leagues in different countries – one or two, I’m not saying you should play every league. At least your players get the experience to play against the other bowlers, different fields, different teams, different conditions,” he said.

“I think India has to think back. IPL is the number 1 league, yes in money, in talent, but they have to allow the players worldwide at least one or two more leagues.”

After the two defeats, India won their remaining Super 12 games, but that was not enough to advance to the semi-finals.