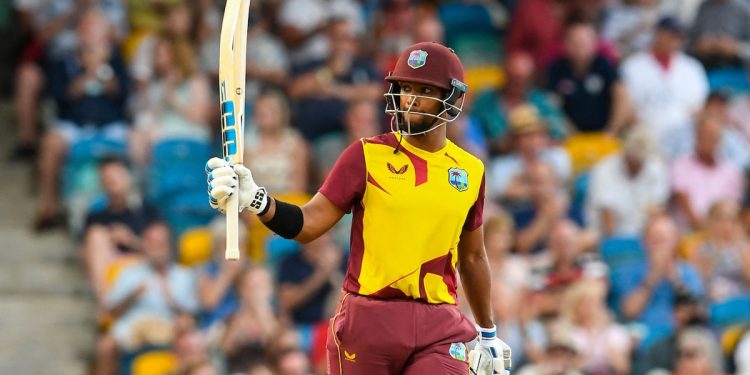 Left-handed batter Nicholas Pooran has been named the new West Indian captain in ODIs and T20 Internationals (T20Is), replacing Kieron Pollard, who recently announced his retirement from international cricket. “Nicholas Pooran will take over the captaincy of the West Indies Men’s ODI and T20I teams following the international retirement of Kieron Pollard,” Cricket West Indies said in a statement. Pooran was previously the vice-captain when all-rounder Pollard helmed the team in the two limited overs formats.

“Pooran will take over the captaincy of the West India ODI and T20I teams after serving as Pollard’s deputy last year. The appointment includes the ICC Men’s T20 World Cup in 2022 and the ICC Men’s Cricket World Cup in October 2023,” he said. the CWI. statement said.

Wicketkeeper batter Shai Hope has been named the new vice captain in ODIs.

“We believe Nicholas is up for the challenge of leading our white ball teams given his experience, achievements and the respect he has within the squad,” said CWI Director of Cricket Jimmy Adams.

“The roster panel believes Nicholas has matured as a player and was impressed with his leadership of both teams when Kieron Pollard was absent. The experience he gained from playing in various franchise competitions around the world has also been an factor in the decision to give him him for the T20 captaincy,” he continued.

“I am truly honored to be named captain of the West Indies team. I am following in the footsteps of several giants who have created an amazing legacy for West Indies cricket,” said Nicholas Pooran.

“This is indeed a prestigious role, a crucial position in West Indian society as cricket is the force that brings us all West Indians together,” he said.

“Becoming captain is indeed the pinnacle of my career so far and I want to take the team forward to achieve great things on the pitch for our fans and loyal supporters,” he added.

His first role as skipper is to lead them from May 31 in the ODI series of three matches in the Netherlands.