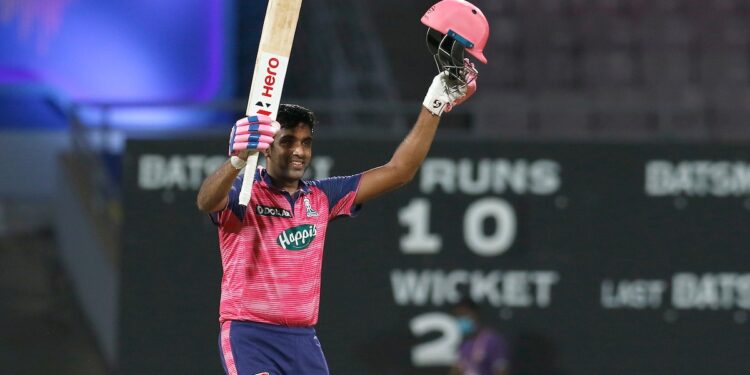 Ravichandran Ashwin was on good form for Rajasthan Royals and impressed with both bat and ball in IPL 2022. Ashwin has taken 11 wickets in 14 matches against an impressive economy of 7.14. He also contributed with the bat, scoring 183 runs at an average of 30.50 and a strike rate of 146.50. Ashwin’s average in IPL 2022 is even lower than Jos Buttler and Shimron Hetmyer across the entire Rajasthan Royals team. Speaking of Ashwin’s all-round abilities, former Indian spinner Harbhajan Singh said that before Rajasthan, no other team in the IPL “used Ashwin’s batting talent”.

Harbhajan said RR has understood Ashwin’s true potential and they should be given credit for that.

Rajasthan Royals should be credited for showing confidence in Ashwin’s all-round abilities and this is the best franchise to ever take full advantage of R Ashwin. No franchise has ever used Ashwin’s batting prowess, but this team promoted him in the striker order and he won them a match with the bat,” the ex-Indian cricketer said on Star Sports’ “Cricket Live.”

“They have understood the true potential of R Ashwin and all credit to Ashwin for returning the trust of the franchise,” he added.

Ashwin’s performances with the bat and the ball helped Rajasthan Royals march into the playoffs with a second-place finish in the IPL points table.

RR won nine of the 14 league games, finishing on 18 points, the same as the third-seeded Lucknow Super Giants, but a better net run rate.

Their second place in the IPL points table means they now have at least two chances to reach the final.