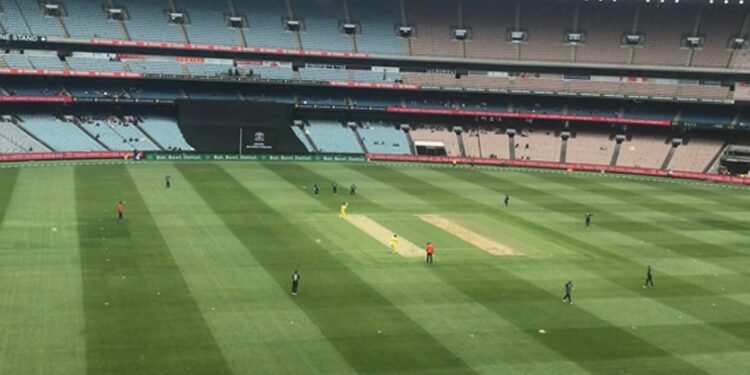 Former Pakistani pacemaker Shoaib Akhtar has commented on the viral photo of the empty Melbourne Cricket Ground (MCG), the stand for the third ODI between Australia and England, saying it is “food for thought” and he also commented on how a three-match ODI series was scheduled shortly after England’s T20 World Cup victory. He also emphasized his point by stating that almost 92,000 fans attended a cricket match between India and Pakistan at the same venue in the T20 World Cup a month earlier.

The three-match ODI series between Australia and England, which won the first 3–0, witnessed a low attendance and spectators failed to turn up in droves to support the home side.

“This is food for thought. A great world cup has just ended. A pushed series champions England had to play in 3 days. But here’s the crowd’s interest in an Eng vs Aus match. A month after Pak vs Ind attended here by 92,000 people,” Akhtar tweeted.

This is food for thought. A great world cup has JUST ended. A pushed series of champions England had to play in 3 days. But here’s the public’s interest in a match between Eng and Aus.
A month after Pak vs Ind was attended by 92,000 people here. https://t.co/HeEspNDOnX

The topic of scheduling has been debated in cricket for quite some time and many are beginning to question the future of bilateral cricket series.

After the ODI series against Australia, England captain Jos Buttler commented on this, saying the series was not an advertisement about how to keep bilateral cricket alive.

“Just to make sure, find a way to keep it all relevant. Maybe the ICC tournaments should be spread out a bit more: it gives you a little more time to prepare and it probably makes them a little bit more special when they also happen from time to time the landscape of cricket has changed dramatically in recent years and we are in a different time a lot of people are talking about how to keep bilateral cricket relevant and i think this series is a good example of how to probably shouldn’t,” Buttler told the BBC.

“I think one of the biggest things is having overlapping series. We have a group of players preparing for a Test series that will start soon in Pakistan and we have a team playing here at the same time. In the new year, a test match [in New Zealand] ends one day and an ODI series starts the next day in Bangladesh,” he added.

“I feel a little bit for the players, to be honest – the ones who are young and coming into the game at the moment. You want to play all formats and I don’t think the schedule really gives you that opportunity at the moment.”