Pakistan vs Australia, 2nd ODI: Babar Azam hilariously celebrates the century while still not out on 99. View | Cricket News 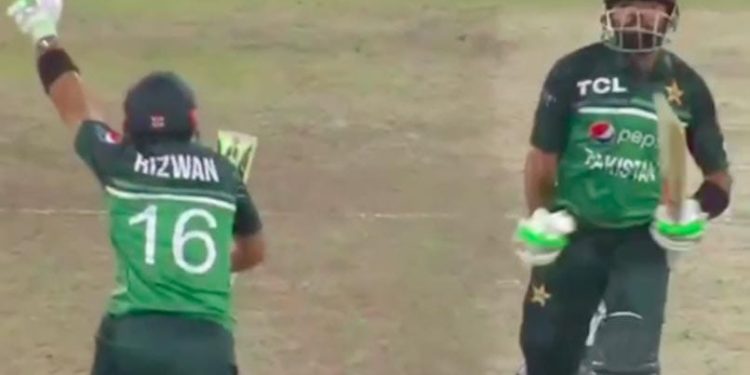 Pak vs Aus: Babar Azam celebrated his ton while still not out on 99.© Twitter

Not many people knew exactly what had happened on the third ball of the 41st at the Gaddafi Stadium in Lahore when Babar Azam celebrated his barrel in fine style against Australia. Normally, when a player scores a hundred, the home crowd erupts in cheers and sings songs of praise to the player. There was nothing of the sort in sight, however, despite the home team captain leaping into the air and pumping his fists to celebrate his 15th ton. Well, the catch was that Babar was still on 99 and not out when he gasped in delight after walking two runs. The hilarious incident was even acknowledged by the players on the pitch who were left in crevices, something that later even brought a smile to Babar’s face.

Babar Azam celebrates his twice at 99 and the other at 100 #BabarAzam#PAKvAUS pic.twitter.com/JX5QZUReeM

Babar celebrated his 100 on 99runs by forgetting his score that he was on 99 . stands #BabarAzam pic.twitter.com/WLPFeE00Rw

On the next ball, normality was restored as Babar completed a stunning 100, helping his team chase a record 349 runs.

In addition to Babar, opener Imam-ul-Haq also played his part, completing another nice hundred against the visiting Australians.

This was Pakistan’s highest successful chase in their ODI cricket history.

Previously, Australia had posted a massive 348 runs, which resembled a series-clinching total on a flat deck in Lahore. The total could have been a lot more, had it not been for the brilliance of pacer Shaheen Afridi, who finished with a four-wicket-haul.

The last ODI will be played on April 2 at the same location.