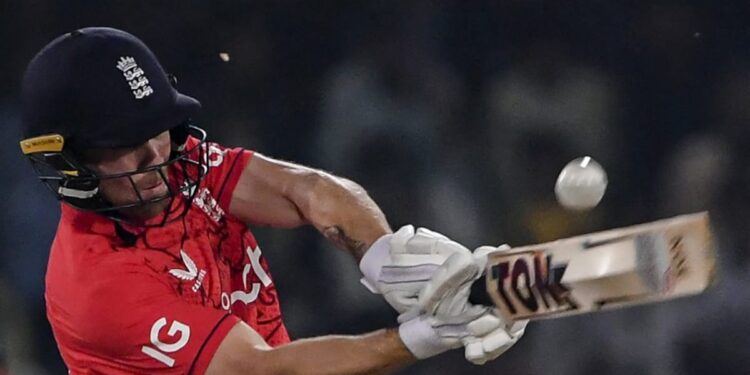 Pakistan vs England 6th T20I Live Score Updates:Philip Salt continues to fire to one side as England crosses into a 170-run chase vs Pakistan in the ongoing sixth T20I at Gaddafi Stadium in Lahore. In the first innings, Babar Azam hit an unbeaten 87 off 59 balls, while Pakistan managed to make a total of 169 for six against England. Pakistan now seems to be ending on a high. Despite falling wickets on the other side, Babar kept his composure and sent Pakistan to a challenging total. For England, Sam Curran and David Willey took two wickets each. Previously, England had won the toss and opted to bowl. Young wicketkeeper-batter Mohammad Haris got his debut, with Mohammad Rizwan making way for him in the playing XI. The streak that was previously a rollercoaster ride for both teams has now turned in Pakistan’s favour, as the hosts lead 3-2 after five games. England must win the 6th T20I to stay alive in the series. (LIVE SCORING CARD)

Here are the Live Updates of the 6th T20I between Pakistan and England from the Gaddafi Stadium in Lahore: