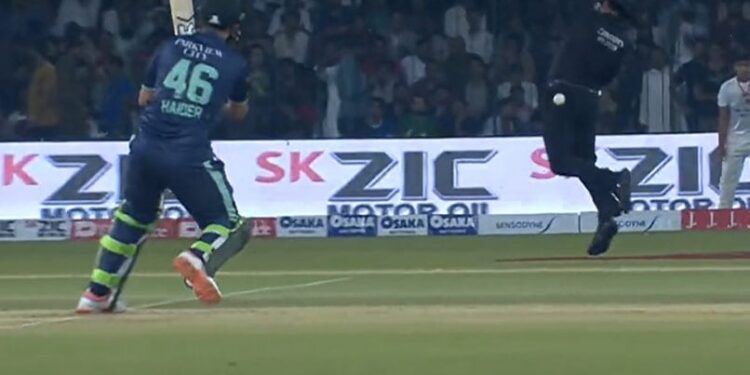 Umpire Aleem Dar suffered an unfortunate injury during the sixth T20I between Pakistan and England in Lahore on Friday when Haider Ali rammed a pull shot straight into him. Dar was the leg umpire in the sixth left of the game. Richard Gleeson threw a short and young Pakistani batter Haider Ali hit a pull-shot. Dar tried desperately to get away from the shot but failed and the ball hit him on the thigh, limping him.

Fortunately, Dar was fine and was able to referee the entire match.

Pakistan, who went to work, saw another poor showing by their middle class, with Babar Azam having to put on a one-man show to bring them to a total of 169/6.

The Pakistani skipper performed in the absence of his regular opening partner Mohammad Rizwan, who was also in glowing form. With the wicketkeeper batter at halftime, Babar scored 87 from 59 deliveries to bring Pakistan to a decent total, while the rest of the batters faltered.

But the total looked anything but decent with an unbridled Phil Salt, who led England’s attack as they won the game within 15 overs.

With the victory at the Gaddafi Stadium on Friday, England tied the exciting series 3-3.

The two teams now face each other in the decider at the same venue on Sunday.