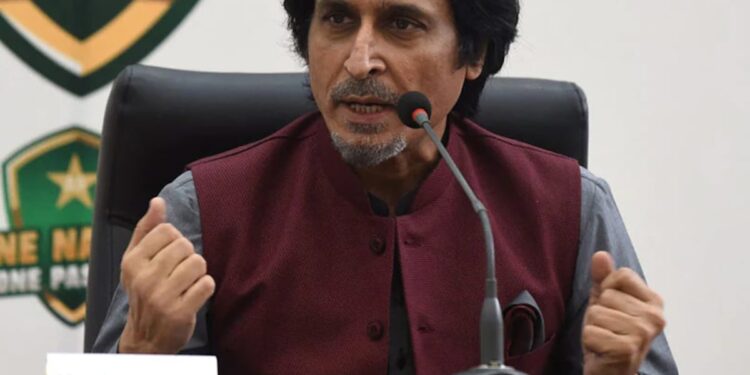 Pakistan’s cricket grounds came under renewed scrutiny after England scored more than 500 runs on the first day of the first Test at Rawalpindi on Thursday. It became the first team to score more than 500 points on the opening day of a Test match. The visitors were all-out for 657 in the end. In response, Pakistan’s openers were almost centuries of their own at the end of play on Friday with Abdullah Shafique on 89 and Imam-ul-Haq 90. Earlier, the fields in Karachi and Rawalpindi also received criticism during the series against Australia.

Pakistani Cricket Board chief Ramiz Raja is disappointed. “Unfortunately I didn’t crack the code regarding a test match field. Absolutely (disappointed with this field). The reason why I emphasize drop-in fields in Pakistan is because you go to Multan and Karachi, you get a similar taste. We don’t get a bounce, it has to do with clay, how we prepare a pitch,” he told Cricket Pakistan.

“I don’t know what’s going on, T20s and ODI, we’re fine and pitches aren’t covered by that kind of scrutiny. But we’re still years away from preparing a great five-day pitch,” he added.

On the other hand, Ramiz also highlighted Babar Azam and Co. to change Test Cricket’s template.

“You need to buy a new template and that’s what I’m emphasizing with the Pakistan cricket team and Babar Azam. Look, I’ll take the hate if you lose a Test series, it doesn’t matter to be me, but we have to do something different try. Unless we become an exciting test team people won’t judge us, especially when we play at home. Our strength is fast bowling, but I think we’re still a little shy about getting there. I don’t want to take the wheel off fully up and running overnight, so it will take time,” he insisted.