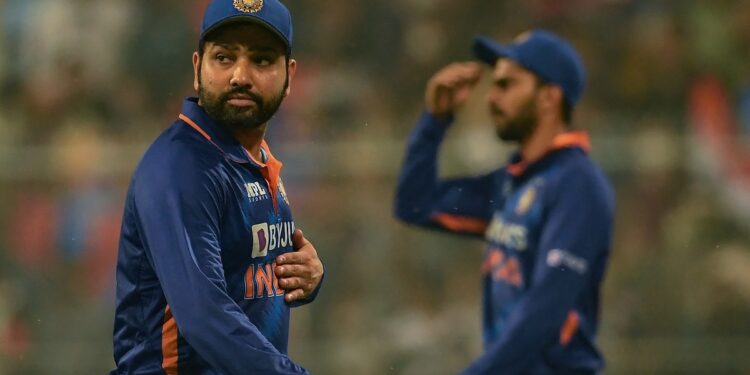 Rohit Sharma has been appointed as India’s captain in ODIs and T20Is.© AFP

Former Indian left arm spinner Pragyan Ojha revealed how the great Adam Gilchrist had noticed leadership qualities in Rohit Sharma when he just started playing at the highest level. Ojha’s comments came after Rohit was named as India’s ODI and T20I captain on Wednesday. The opener will take over the ODI reins from Kohli in the upcoming series in South Africa in January. India is scheduled to play three ODIs in South Africa. Aside from the limited overs setup, Rohit was also elevated as the Test side’s vice-captain, replacing Ajinkya Rahane, who has struggled with his form lately.

Ojha said that Rohit was not projected as a leader when he first appeared on the scene, but he slowly began to gain confidence when he was inducted into the leadership troupe of IPL franchise Deccan Chargers, mainly due to the perseverance of the former Australian wicket-keeper. batter Gilchrist. The former offensive opener was an integral part of the DC lineup, even leading them to the IPL title in 2009.

“When Rohit first came on the Mumbai side, he was never projected as a leader. Slowly things started to change when he was placed in the core group of the Deccan Chargers. Adam Gilchrist wanted Rohit Sharma to become the vice-captain, ” Ojha said on Cricbuzz Live.

Rohit, who made his Indian debut in 2007 at the age of 20, played three seasons for Deccan Chargers before being picked up by Mumbai Indians in 2011, where he would go on to become IPL’s most successful captain.

“It may have been two years since he started playing international cricket, but when he gave feedback on certain players or gave a certain game plan, the team management started to see the leadership qualities in him. Discussions had started within the Deccan Chargers team that if anyone is going to replace Gilchrist, it could be Rohit.

“People’s perspective about Rohit started to change from that point on that he is not only a capable batter, but can also be a captain in the future,” Ojha added.