Prasidh Krishna reacts to his match-winning performance vs West Indies in the 2nd ODI, says: “Have put in the hard yards” | Cricket News 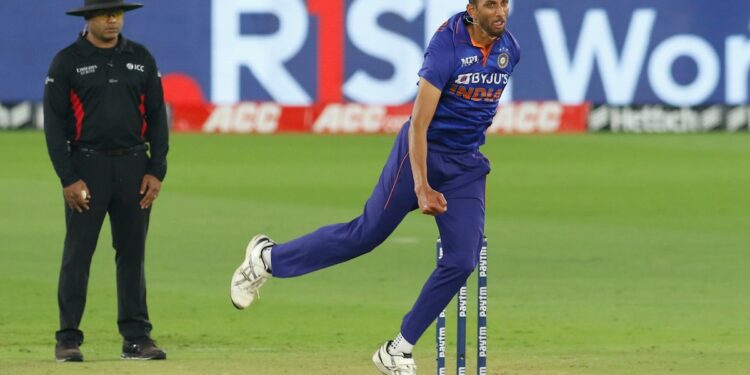 Indian pacesetter Prasidh Krishna said on Wednesday it was very flattering to get a compliment from skipper Rohit Sharma after taking a four-wicket-haul. India recorded a 44-point win in the second ODI to take an unassailable 2-0 lead in the three-game series. Prasidh Krishna’s four-wicket-haul helped India defend 237 and beat the West Indies by 44 runs in the second ODI at Narendra Modi Stadium, Ahmedabad. After the match, at the post-match presentation, Rohit praised Prasidh and said the pacer’s spell was the best he had seen in India in a long time.

“Rohit’s praise is very flattering to me, he’s been playing cricket for a long time, the comment coming from him, I’m personally very happy. I’ve had a hard time, I’m glad it happened today,” Prasidh said during answering an ANI question during a virtual press conference.

Prasidh went on to talk about his own game, saying: “It’s been almost a year since I made my debut for India. Since then I’ve been striving to become more consistent. When I started I was more excited. We have our plans, very clear what I wanted to work on and I’m glad it turned out well today.”

“As a cricketer you want to play when the opportunity arises. Rohit and I also had discussions before the match, there was no specific advice from him. As I said, we have been working on consistency within the team. We have good bowlers in there. the team and we help each other,” he added.

Previously, Suryakumar Yadav and KL Rahul might have knocked out 64 and 49 but the hosts continued to lose wickets at regular intervals and eventually the West Indies limited India to 237/9 in the allotted fifty overs. For the West Indies, Alzarri Joseph and Odean Smith each scalped two wickets.

“I think the timing of Suryakumar Yadav’s innings was crucial as we lost early wickets and credit to the West Indian bowlers, they bowled on a good line and length. Surya’s innings were very important. There was a lot of pressure on the batters. to respond to the situation. Credit goes to everyone,” he added.

The final ODI will be played on Friday in the Narendra Modi Stadium.