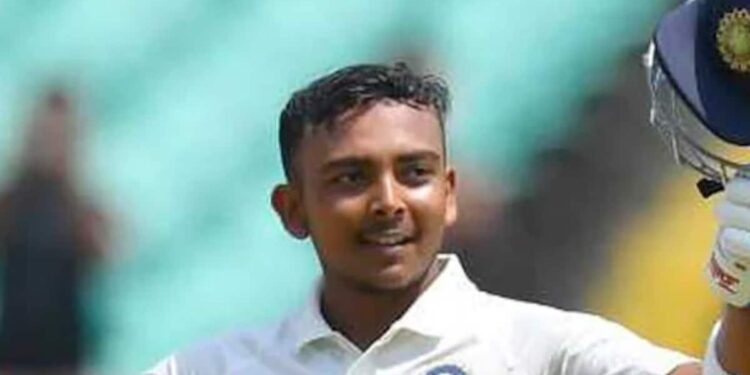 Flamboyant opener Prithvi Shaw has been named Mumbai captain for the first two games of the upcoming Ranji Trophy season on Wednesday. The 41-time Ranji champion Mumbai has been placed in Elite nine-team Group C and will begin their campaign against Maharashtra on January 13. They will compete with Delhi from January 20 in Kolkata. “Prithvi is a brilliant captain and a fantastic opening batsman, what more do you need,” Mumbai chief selector Salil Ankola told PTI. Young opener Yashasvi Jaiswal, mid-range batters Sarfaraz Khan, Arman Jaffer and Aakarshit Gomel have made it to the 20-man squad, along with veteran batter Aditya Tare.

All-rounder Shivam Dube, who has played one ODI and 13 T20Is, has also been chosen by the selection committee with Gulam Parkar, Sunil More, Prasad Desai and Anand Yalvigi.