Quinton De Kock will have a point to prove in the ODI series, says Temba Bavuma | Cricket News 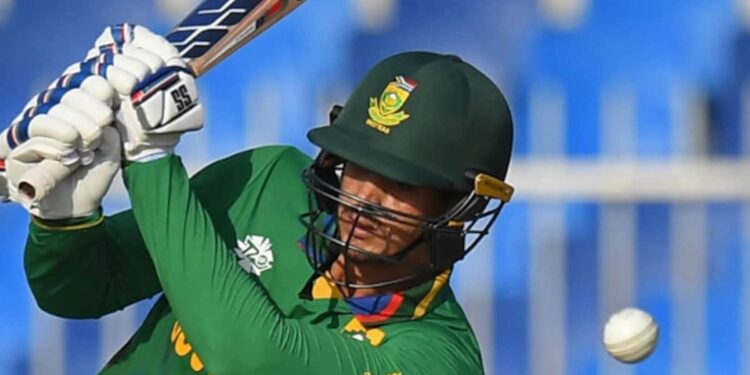 South African captain Temba Bavuma said on Tuesday his side would like to take the momentum of the Test series into the upcoming ODI series against India. India and South Africa will close the horns in a three-game ODI series, with the first game being played in Paarl on Wednesday. Previously, the Proteas had defeated India 2-1 in the Test series.

“Yes momentum is real, you would have seen after the first test how we managed to get some momentum in the Johannesburg test and how we kept it up. Momentum is real of course, it’s a different format and there’s a different kind of pressure. Confidence is good within the team and we will lead there to inspire the new guys,” Bavuma said during a virtual press conference.

“I would like to have as many options as possible given the balance of the team. I am not aware of any physical or mental problems with Quinton de Kock. He had his obligations with his family, he is now here with the team and he is training with the team. As far as I know Quinton is fit and fine,” he added.

Bavuma added that they missed the offensive wicketkeeper batter in the Test series. “It’s good to see him again. Of course we missed him in the test team, but he has made his decision to withdraw from the longest format. We respect his decision, it was good to have him back. Quinton will have a point to prove and I’m sure he’s just as excited as we are to see him on the team.”

“Marco Jansen has been included in the ODI squad, the world has been what cricket skills he has. It was a no-brainer to get him in the ODI squad. The Indian outfit is a strong squad with white balls, we will they give the respect we have for any other team. We don’t expect this series to be easier, we know it will be difficult. We will prepare as best we can,” he added.