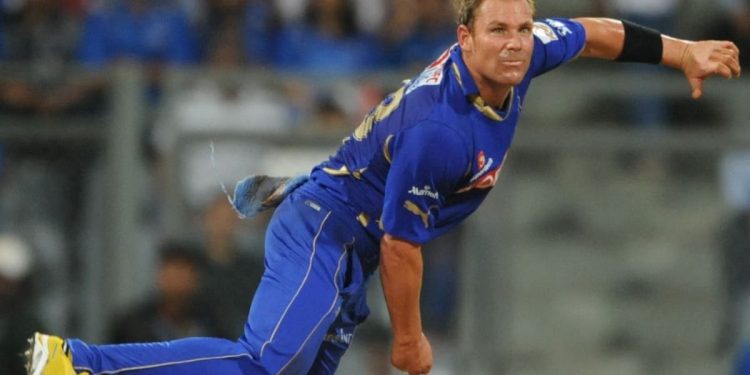 IPL franchise Rajasthan Royals shared a video on Wednesday of Cricket director Kumar Sangakkara’s moving tribute to former captain and cricketing legend Shane Warne, who died earlier this month at the age of 52. Warne was commemorated on Wednesday at a state memorial in Melbourne, with music superstars Elton John and Chris Martin playing over a video link.

Shane Warne captained and guided the Rajasthan Royals team to the IPL title in its inaugural season in 2008 and has been an integral part of the franchise ever since. “Thanks to him for being him; because I was the king, because I was Warnie,” was the caption the Royals used along with Sangakkara’s video.

“He was bigger than life and he broke the mold. Never liked structure, never limitations. He was just this person who gave everything of himself in everything he did on the field, off it, family, friends.

“I could talk about what he did on the pitch, in terms of his skills, in terms of his brilliance. How amazing his cricketing brain was. Tactically he was a genius. But it all pales in comparison to how he touched people when he interacted with them.

“He had a big heart that had room for everyone. He made people believe that the impossible was possible. He believed that he could do anything and he believed that if you were on the field with him in his company, you could do the same.

“He was bigger than life, unique, authentic and original and he lived to the fullest.”

“He lived exactly the way he thought it should be lived and all of us, that’s why we loved him. It’s a difficult time for all of us, those who knew him well. For his family and fans.”

“As he goes on his final journey, I am sending him and his family all my love. I just appreciate the mark he has left in our entire lives and the cricket world in general.

“God will bless you, my friend and God will protect you,” Sangakkara said in an emotional tribute.

The larger-than-life “king of spin” was honored during a two-hour service at the Melbourne Cricket Ground with over 50,000 free tickets handed out. It was beamed live to cricket grounds across Australia and watched around the world.

“Looking ahead to a future without Shane is unimaginable,” his heartbroken father Keith said after he sang the national anthem to the great Donald Bradman’s granddaughter, Greta, to begin proceedings.

“But we take comfort in the knowledge that Shane put more into his life of 52 years, five months and 19 days than most people would in two lifetimes.”

Warne’s son Jackson said there was “no better place in all the world” to keep the memorial than the famous MCG where Warne made so many memories, including a hat-trick in an Ashes Test against England and taking his 700th Test wicket .

“It’s very special for many of us, especially our family,” he said.

A grandstand on the ground was officially renamed for Warne, who many believe is second to Bradman in Australia’s long list of sporting greats.