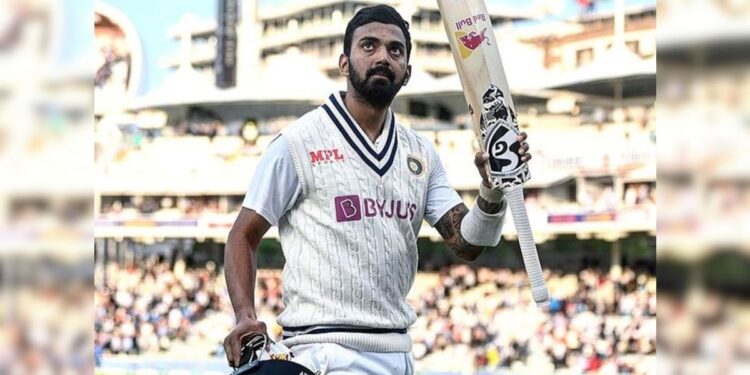 The Board of Control for Cricket in India (BCCI) has named KL Rahul to replace Rohit Sharma as the vice captain of the Indian team for the three-match Test series in South Africa starting on December 26. Rohit suffered a hamstring injury while training before the team’s departure for the South Africa tour. “The All-India Senior Selection Committee has appointed KL Rahul as Vice-Captain for the upcoming 3-match Test series against South Africa. KL Rahul will replace Rohit Sharma as Vice-Captain, who was banned from the Test series due to a hamstring strain injury,” the BCCI reported in a press release on Saturday.

KL Rahul replaces Rohit Sharma as vice-captain, who was ruled out of the test series due to a hamstring injury.

Earlier this week, the BCCI confirmed in an official press release that Rohit had been ruled out due to a left hamstring injury.

The star batter also missed a limited-overs series in Australia last year due to a hamstring injury.

The BCCI has officially announced Priyank Panchal, Gujarat and India as captains for 2 of the 3 four-day matches recently played in South Africa, as Rohit’s replacement for the Test series.

The first Test of the series kicks off on Boxing Day in Centurion. It will be followed by the second test in Johannesburg from January 3 and the third and final test in Cape Town from January 11.

India will also face the Proteas in three ODI matches after the Test series.