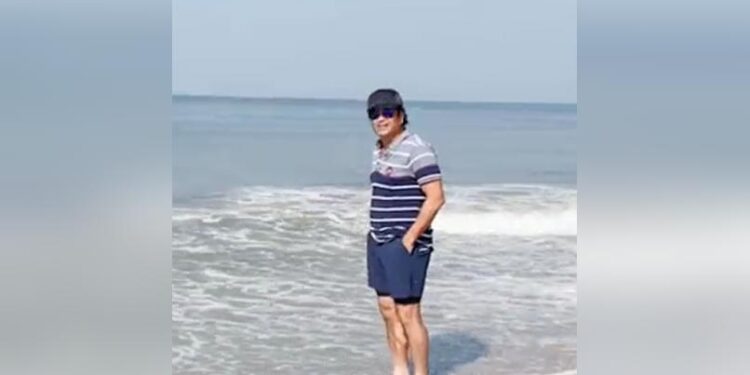 Former batter Sachin Tendulkar is considered one of the greatest cricketers in the world ever. The legendary batter made numerous contributions to the sport with his immense records in a career spanning more than two decades. Since his retirement in 2013, Sachin has been very active on social media and sharing his views on various aspects. Whether it’s his likely squad for the World Cup or greetings at a festival, Sachin never misses an opportunity. On the occasion of World Tourism Day, the 49-year-old showed a glimpse of the traveler in him.

On Twitter, Sachin posted a video with small clips of him traveling to some exotic tourist destinations. He was seen parasailing on a beach, taking a long ride on a beautiful mountain road, cycling in a garden and wandering on a sea beach.

Capturing memories forever!
Each place has something unique to offer and we can only keep exploring.#World TourismDay pic.twitter.com/jC76vz7rU2

The video quickly went viral on social media, leaving fans in awe as they were mesmerized to see such a different side of the legendary cricketer.

Sachin made his Test debut in 1989 against Pakistan, scoring a whopping 15,921 runs in 200 matches, which is the highest for any player to date. He also continued his reign with his ODIs, hitting 18,426 runs in 463 games.

He also scored 100 international centuries, which is the maximum for any player so far.

Currently Sachin plays in the Road Safety World Series cricket competition where he leads India Legends. So far, India Legends top the points table with a total of 14 points.

In the previous edition, Sachin took the India Legends to victory after beating Sri Lanka Legends in the top match by 14 runs.