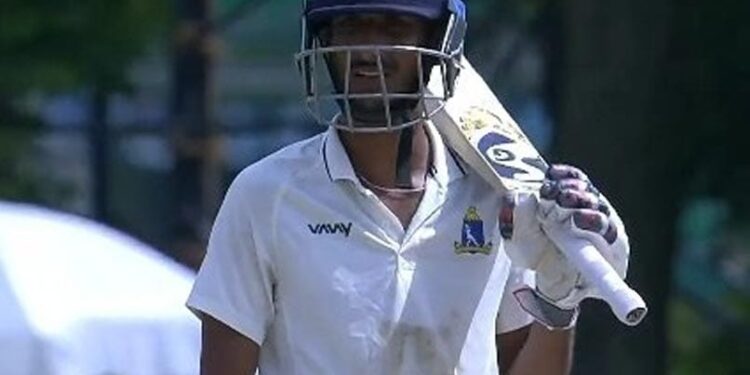 Shahbaz Ahmed produced a brilliant all round performance to take Bengal to a dominant 43-run victory over Tamil Nadu in their Elite Group E match of the Syed Mushtaq Ali Trophy on Sunday. The 27-year-old from Haryana led Bengal’s aggressive batting display with an undefeated 27-ball 42 interspersed with three fours and two maximums to take the team to 164 for six after choosing to hit. He then returned to the scalp of three crucial wickets with his left arm spin to completely derail Tamil Nadu’s pursuit as they finished 121 for 9 in their set 20 overs.

Shahbaz’s fireworks helped bring Bengal to a close with a boom after skippers Abhimanyu Easwaran (38), Sudip Gharami (27) and Ritwik Chowdhury (32) set it up with useful blows.

Chasing 165 for a win, TN opener Sai Sudharsan shot a 48-ball 64 with four boundaries and two sixes, but got no support from the other side.

Shahbaz was in the thick of things from the get-go when opener N Jagadeesan hollowed out to him at Akash Deep in the second over and then the spinner stopped two strokes into three balls to reduce TN to 50 for 3 in the ninth over.

He fired Baba Aparajith (16) and Sanjay Yadav (0) before getting rid of Washing Sundar (4), as TN’s at bat fell apart after that.

In another match, Odisha took a one-wicket victory over Chandigarh in a last-ball thriller, riding Rakesh Pattnaik’s unbeaten 61 off 24 balls.

Chandigarh, sent to bat, put in 179 for 6, with Bhagmender Lather making 59 out of 41 balls with seven maximums and Raj Bawa hitting 40 out of 17 balls.

In response, Odisha was down 5 to 2 but they recovered from the disastrous start with Shantanu Mishra (39) and Subhranshu Senapati (47) playing a big part in keeping them in the hunt.

Pattnaik then broke seven boundaries and four sixes to take Odisha home in the final ball.