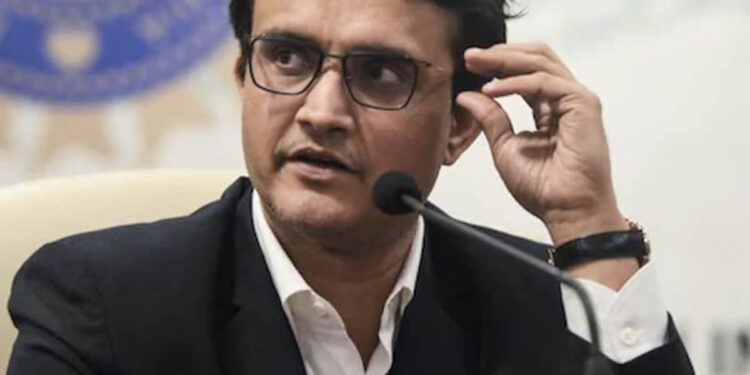 For someone who has always believed in continuity, Sourav Ganguly says it’s not ideal to have seven Indian captains in as many months. But things turned out this way due to factors no one had control over. Calling friends and family in London on his 50th birthday, the BCCI president, and one of Indian cricket’s most fascinating characters, spoke on a range of topics in an exclusive interview with the PTI.

The discussion covered hot topics such as multiple captains, workload management, massive appreciation of media rights, and leadership. He also took a trip down memory lane, remembering his time as a player and captain.

Excerpts from the interview:

We have had Virat Kohli, Rohit Sharma, KL Rahul, Rishabh Pant, Hardik Pandya, Jasprit Bumrah as India captains and now Shikhar Dhawan for ODIs. Continuity is affected. What do you think of that?

I fully agree that it is not ideal to have seven different captains in such a short time, but it happened because of an unavoidable situation. As Rohit was all set to lead in South Africa in white ball, but got injured before the tour. So we had KL (Rahul) in the lead in ODIs and for this recent SA home series, KL got injured a day before the series was due to start.

In England, Rohit was playing the warm-up match when he had COVID-19. No one is to blame for these situations. The calendar is such that we have had to give players breaks and then there have been injuries and we also have to consider workload management. You have to sympathize with head coach Rahul (Dravid) as in any series, we have had new captains due to unavoidable circumstances.

Do you feel that the choc-a-bloc FTP calendar creates a situation where we see players taking far too many breaks due to workload management issues?

Let me tell you something that I have believed my entire international career. The more you play, the better you get and the fitter you get. At this level, you will need playtime and your body will get stronger as you play more and more games.

We now have 10 IPL teams and the BCCI will earn more than Rs 60,000 crore in the coming years from the sale of teams and media rights. Are you worried that the quality of the players we will produce in the future may be compromised if the number increases?

Not at all. On the contrary, I would say that the pool of talent in Indian cricket will only increase with the passage of time and IPL has shown us how much talent we have in this country. You look at the two Indian teams (white ball and red ball) and the kind of players we’ve produced over the years.

Let’s talk a little bit about your time as chairman of BCCI, almost three years now. What was your tenure like and the challenges you think you faced?

When I became president in 2019, it was with the agreement of BCCI’s member associations, and it’s been a great experience. You will have the chance to work for the betterment of Indian cricket and a serious chance to change things.

Organizing events in two COVID-19 years has been challenging, but BCCI as a team has performed well in both IPL and domestic cricket (men and women).

When I joined BCCI, I already had five years of administrative experience, first as co-secretary of the CAB and then as chairman.

You can say I had just retired from competitive cricket for two years in 2014, having played IPL until 2012, and I was pushed into CAB administration. It was both interesting and challenging experience for me.

Did you regret retiring in the 2008 season when you perhaps gave your best in Test Cricket after scoring points against England in England, Pakistan (Man of the Series) at home and a fantastic swan song against Australia?

I can tell you one thing about myself. I’ve never regretted anything in my life. When I retired after the series against Australia, it was at a time when I was at a peak.

And you mentioned Test Matches, but I just want to remind you that in the 2007 season I had scored close to 1250 runs (1240 to be exact), when I was dropped from the ODI side. I had 12 half centuries in cricket that year.

More than on the field, did you miss the locker room and were you one of the guys?

I don’t miss the locker room. I never missed anything. Nothing lasts forever. Everything must come to an end. I had a great career and it was time to move on and I was happy to finish on a high. In life, the only constant is to keep moving. Times change and your role changes.

During the phase between 1992 and 1996 when you were out of the Indian team and then almost a year during the Greg Chappell era, did you ever feel like outside forces were trying to finish your career? Did you feel angry or resent those phases?

I have learned one thing in my life. No one can ever end your career. If you have the skills, confidence and confidence to chart your own destiny, you will.

In 1992, when I was dropped off after the Australia tour, I was very young and had a long time. So I was more focused on the comeback process rather than sulking about who said what about me. That’s a waste of time.

131 at Lord’s on debut, 144 at Gabba as India captain or 51 at Johannesburg on your comeback Test in 2006. Which was more challenging?

Add 87 to a rank in Green Park against a good South African attack in this list. But it’s hard to pick one innings. At Lord’s I made my test debut, which has its own kind of pressure. At Gabba I led the team and had to lead the way against the Australians.

In Johannesburg it was very different, because I was dropped for almost a year. I think that surface was very challenging and hardly anyone scored half a century in that game.

But Kanpur innings would be one of my favorites as it gave me more satisfaction than I ever would have from scoring 160 on a flat deck.

So how does it feel on your 50th birthday?

No special feelings, because nothing stops in life.