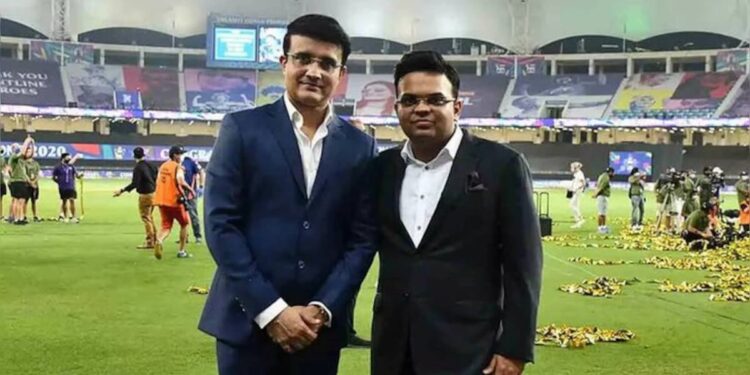 A day after India’s Board of Control for Cricket made the landmark decision to pay contracted female cricketers the same match money received by their male counterparts, former board chairman Sourav Ganguly took to Twitter to congratulate the current board members, including his former colleague. Jay Shah. Mr Shah, the secretary of the board, had announced the decision on Twitter before BCCI sent an official email.

“I saw it in the papers this morning. Congratulations to Jay, Roger, Rajivbhai, Ashishji, Debojit and all the top councilors for this great gesture. So much effort has gone into women’s cricket and it shows in their achievements,” Ganguly wrote.

I saw it in the papers this morning. congratulations to jay, roger, rajivbhai, ashishji, debojit and all the top council members for this wonderful gesture. So much effort has gone into women’s cricket and it shows in their performance.@JayShah @BCCIWomen @BCCI

The decision comes just days after the BCCI AGM decided that the inaugural season of the women’s IPL will be played in 2023.

“I am delighted to announce @BCCIthe first step in the fight against discrimination. We implement a pay equality policy for our contracted employees @BCCIWomen cricketers. The match fee for both men and women cricketers will be the same as we enter a new era of gender equality in cricket. The @BCCIWomen cricketers get the same match money as their male counterparts. Test (INR 15 lakhs), ODI (INR 6 lakhs), T20I (INR 3 lakhs). Salary equality has been my commitment to our female cricketers and I thank the Apex Council for their support. Jai Hind,” said Jai Shah in his tweet about the decision.

Interest in Indian women’s cricket has been on the rise since the team finished runner-up in the 2017 ICC Women’s World Cup. The team has since reached the final of the T20 World Cup in 2020 and also won the silver medal at the 2022 Commonwealth Games.

Earlier this year, the New Zealand Cricket Board had made a similar decision, announcing that the women’s national team and domestic women’s players will receive the same match fees as men.