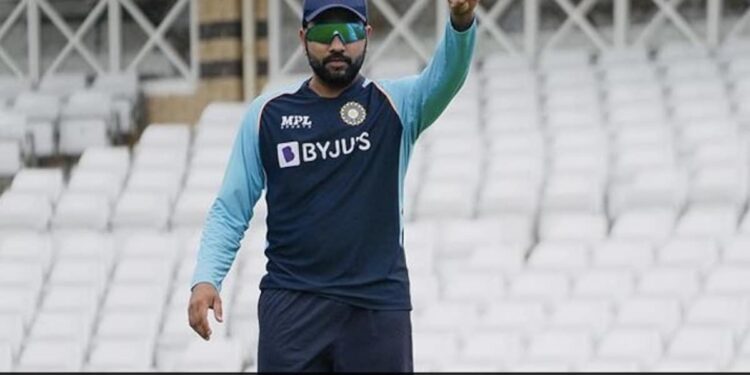 The BCCI has decided to postpone the selection committee meeting for the ODIs in South Africa until the end of this month to get a clear picture of new captain Rohit Sharma’s left hamstring injury. Rohit is on his rehabilitation program at the National Cricket Academy (NCA), but it could be some time before the Indian captain is fully fit again.

“The team selection meeting will be after the first test. It could be December 30 or 31, but the BCCI has yet to answer one last call. Rohit is doing everything he can to get fit, but hamstring injuries are a little different from other injuries.

“It has been learned that Ravindra Jadeja and Axar Patel are not available for selection. Rohit will be called closer to the selection date,” a senior BCCI official told PTI under conditions of anonymity.

The unavailability of Jadeja and Axar has opened the door for R Ashwin to make an ODI comeback after four years.

Previously, the selection meeting was supposed to take place just after the Hazare Trophy, but it has only been postponed to ensure Rohit has a chance to pass the fitness test.

In the event that Rohit is not fit in time for the ODIs, KL Rahul will lead India in a bilateral series for the first time.

“It could very well be that Rohit will not be fit by the time the roster closes, but with the first ODI still three weeks to go, he could get enough time to be with the team and be full again closer to the date.” to get fit.

“In that case, he can be selected on the basis of eligibility. These are things that chairman of selectors Chetan Sharma must check,” the official said.

As of now, Venkatesh Iyer and Ruturaj Gaikwad are the two youngsters who will be part of the ODI squad based on their performance in the Vijay Hazare Trophy.

The name of M Shahrukh Khan, who impressed everyone as a finisher at the Hazare Trophy, may be up for debate.

It remains to be seen whether selectors choose him for this tour or keep him ready for the home series against Sri Lanka and the West Indies as a T20 option.

Shikhar Dhawan, the veteran opener despite his poor form in the domestic event, could be retained.