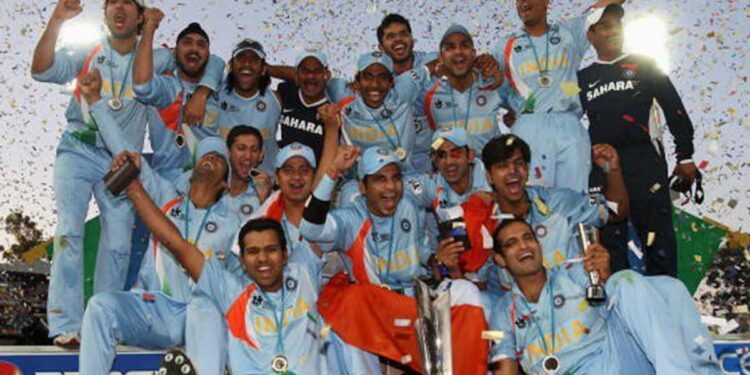 Saturday marks the 15th anniversary of India winning the 2007 T20 World Cup title. The MS Dhoni-led team defeated Pakistan in a thrilling final in Johannesburg to win the inaugural T20 World Cup. The match went to the final and MS Dhoni turned to the relatively unknown Joginder Sharma. The pacesetter went on to fire Misbah-ul-Haq to win the match for India, and Sreesanth, who took Misbah’s all-important catch, revealed why Dhoni chose Joginder to throw the final over.

“So Dhoni Bhai knows Jogi Bhai’s winning attitude. And he knows that Jogi Bhai didn’t do it just once and twice, he did it many times. He had a lot of faith in him,” he said.

“And that’s what I said before. Who is the best captain? Those who work with individuals and believe in the players. And even if the players don’t believe in themselves, the great captains will come to you and make you believe in you belief system,” said the former Indian pacesetter.

“So I guess I wasn’t surprised. I was very confident that the decision Dhoni bhai has made so far was successful, so I just prayed that it would work out.”