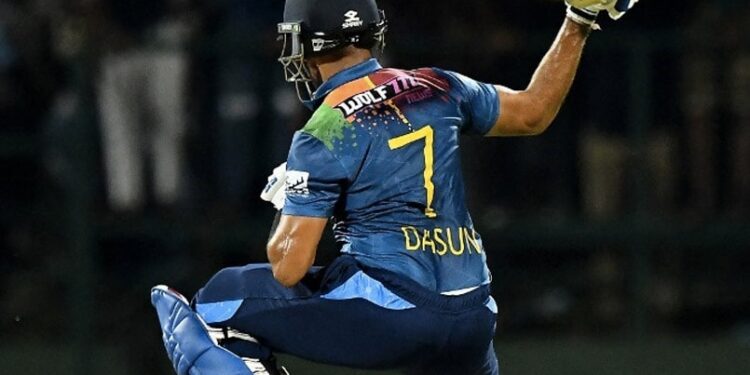 With the series already bagged, Australia went to the final Twenty20 International (T20I) looking for a whitewash over Sri Lanka in their own backyard. And nearly three quarters of the way through the game, Australia was in a prime position to wipe the series clean. However, Sri Lanka captain Dasun Shanaka changed the script and how he brought Sri Lanka back from the dead to score a thrilling victory over the visiting Australians. Few would have even given Sri Lanka a chance to win if they needed 59 runs from the last three overs. But Shanaka launched a stunning attack on the Australian bowlers to take his side home with a ball over.

Struggling with 108 for six in the 15th left, Shanaka and Chamika Karunaratne split a match-winning 69-run tie for the seventh wicket.

Watch as Sri Lanka, led by Shanka, did the unthinkable to leave the Aussies horrified:

Sri Lanka was chasing a goal of 177 to end the series on a high after crashing miserably against the visitors in the first two games.

Shanaka scored an unbeaten 54 off 25 balls with five fours and four sixes to seal a four-wicket victory.

The skipper needed 19 from the final bowled by Kane Richardson and hit two fours and a mighty six to tie the scores with one ball left.

Richardson then walked to hand the win to the home side.

“I took a few balls to get in. I read the wicket well, so I didn’t throw my wicket away. The process is always important,” Shanaka said after his appearance as player of the match.