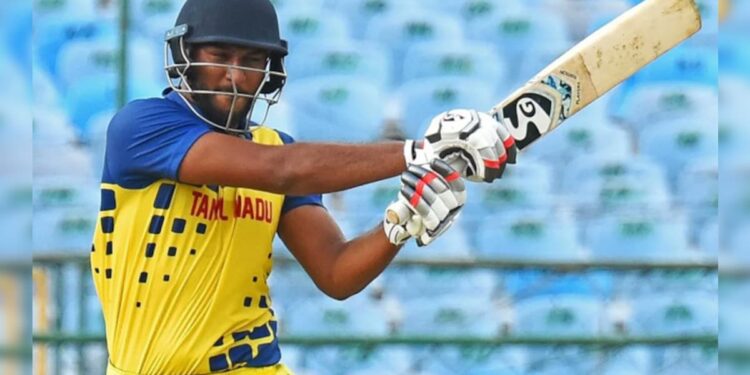 Tamil Nadu put on an excellent all round performance to crush Karnataka by 151 runs and advance to the semi-finals of the domestic 50-over tournament of the Vijay Hazare Trophy on Tuesday. Sent by Karnataka captain Manish Pandey, Tamil Nadu first collected 354 for eight in 50 overs and then sent off the opposition for 203 within 40 overs for a huge win with medium pacer R Silambarasan taking four wickets to hasten the slide.

The last four overs yielding 64 runs was indicative of Shahrukh Khan’s aggressive mood as the Karnataka bowlers took the brunt of the death overs.

Shahrukh Khan, who has often underlined his decisiveness and starred in the TN’s Syed Mushtaq Ali Trophy, triumphed with a last ball six in the final against the same opponent, played bowling with the opponent and took 23 runs on the 48th over bowled by Prasidh Krishna.

The fact that R Silambarasan scored just one run in a ninth-wicket partnership of 64 with Shahrukh Khan indicated what form the latter was in. The score brought the team to an impressive total that at one point seemed impossible. .

Jagadeesan and Sai Kishore gave the impetus to Tamil Nadu’s innings with a superb collaboration of 147 runs for the second wicket, leaving Karnataka’s bowlers looking for answers.

Skipper Vijay Shankar (3) and Washington Sundar (0) were unable to make an impact, however.

Leg spinner Praveen Dubey finished 3 for 67 and Prasidh Krishna took 2/57, although he proved expensive towards the end. None of Karnataka’s other bowlers could contain the opponent’s batters.

Chasing a mammoth 355 for a spot in the semi-finals, Karnataka started off on the wrong foot with the talented Devdutt Padikkal falling for a duck for Sandeep Warrier.

Rohan Kadam and (24) and KV Siddharth (29) kept the Karnataka innings stable after the opening trick, but with increasing demand, the first fell back to a nice return from Silambarasan (4/36).

Siddharth fell while trying to make a big hit from Sai Kishore’s bowling (1/32), taken by Shahrukh in the deep end to leave Karnataka at 69 to 3.

Much depended on the veteran Manish Pandey whether Karnataka had to fight, but he fell to M Siddharth for 9 as the team slipped to 74 for 4.

Although wicketkeeper S Sharath (43), Abhinav Manohar (34) and Praveen Dubey (26) fought well, Karnataka always fought a losing battle from then on.

Silambarasan and Washington Sundar (3/43 from 9 overs) kept the lower order from fighting on for too long, taking wickets at regular intervals to end the Karnataka challenge with 203 in 39 overs. 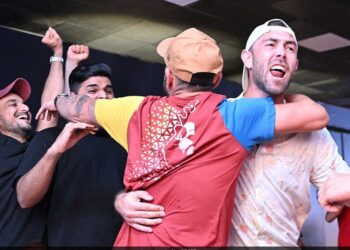 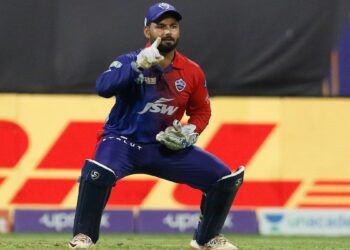