“Team has not improved much” after Virat Kohli was removed as captain: ex-Pakistan Cricketer | Cricket news 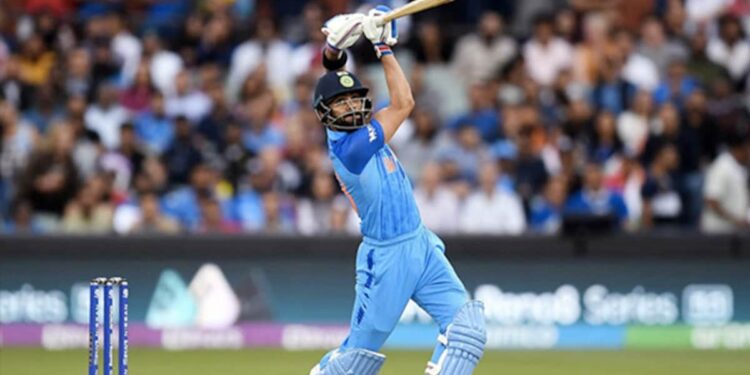 The Board of Control for Cricket in India (BCCI) earlier this week dismissed the four-member selection committee, consisting of Chetan Sharma. The applications for new selectors have been invited by the cricket board and the application deadline has been set for 28 November. Former Pakistan captain Salman Butt has now responded to the situation by saying the selectors have made some questionable decisions, such as removing Virat Kohli as the ODI captain. He also continued that Team India has not improved much since Kohli was removed.

“What was the reason for not having a thoroughly fast bowler for the T20 World Cup when you play in Australia where you have to play in Perth and Melbourne. Even when they fired Kohli they had no valid reason. They said that he wouldn’t have won an ICC trophy. How many captains have won an ICC trophy? Many players end their careers not winning a trophy,” Butt said in a video on his YouTube channel.

“So, have they won a trophy now? He was a good captain. He wasn’t the only reason they didn’t win a trophy. The team hasn’t improved that much since then either,” he added.

Talking further on the same issue, Butt said, “If it was all about winning, and you needed a winning captain, it’s not that MS Dhoni couldn’t have played in T20Is. He’s still fit. When he was there as a mentor during the UAE T20 World Cup, only Kohli was as fit as him. Visibly no one looked fitter than him.”

“I don’t know what the planning behind it was. T20 cricket is played so often. There is a World Cup every two years and there are also franchise competitions. When you have someone who is fit, performing and ready to go, and especially when the played can lead the team tactically, why not (play him)”, he added.

Butt went on to say that removing Kohli as captain also played a role in making him mentally tough.

“Virat Kohli did a great job, it was a pity he didn’t win an ICC title. But the think tank could have thought about what the reasons were for not winning? It wasn’t that if you remove Virat Kohli, everything The drastic change resulted in a bad form from Virat Kohli, I’m sure he would have suffered mentally,” Butt said.