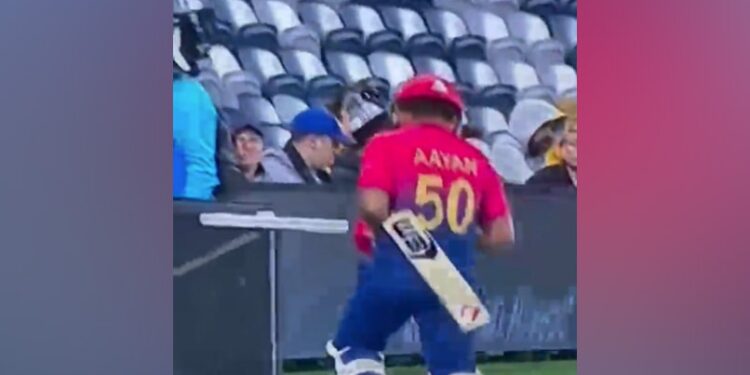 The T20 World Cup kicked off on Sunday and in the opening game of the tournament minnows Namibia stunned Sri Lanka by 55 runs in Group A. The second game of the day will be played between the United Arab Emirates and the Netherlands at Simonds Stadium in Geelong. After opting to bat, the UAE managed to book just 111/8 in 20 overs with Muhammad Waseem as the top scorer with a 41-run knockout. For the Netherlands, Bas de Leede returned with three wickets.

However, one funny incident occurred on the penultimate ball of the innings when batter Aayan Afzal Khan tripped over the boundary rope after being ejected by Fred Klaassen.

Left-handed Frylinck and JJ Smit, who made an unbeaten 31, took Namibia to 163-7 with their 69-run seventh wicket score, after being invited to hit first in Geelong.

Sri Lanka was then knocked out for 108 in 19 overs, with David Wiese, Frylinck, Bernard Scholtz and Ben Shikongo each taking two wickets in the first of three matches in the opening round.

The African minnows are on course for a second consecutive Super 12 place after achieving the feat during their T20 World Cup debut in the United Arab Emirates last year.