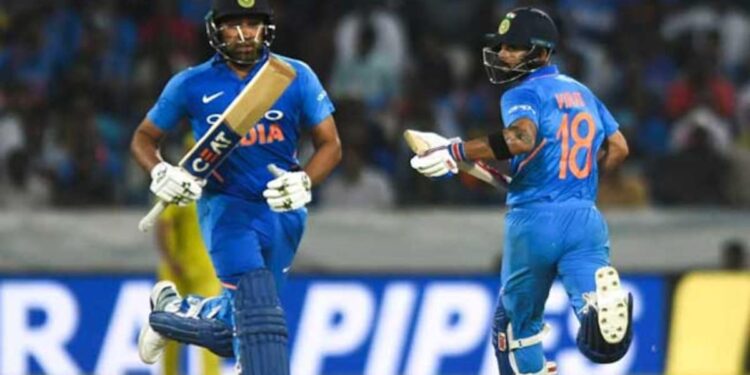 Former Team India head coach Ravi Shastri called Virat Kohli a “beast” on the pitch but said the former skipper is totally the opposite when he’s not playing the game. Kohli had stepped down as the Test skipper after India suffered a Test series loss against South Africa. Shastri said the challenge for Kohli now is to maintain the same energy when playing as a player and not as the captain of Team India.

“Virat is like a beast on the pitch. He’s a terrier. Once he gets on the ground he wants to compete and doesn’t worry about anyone. He’s straight to your face and passionate. Off the pitch he’s totally the opposite,” Shastri told Shoaib Akhtar on the former Pakistani pacesetter’s YouTube channel.

“Absolutely calm, chilled… there’s no problem with him. He’s 33. He’s done his bit as a captain. The challenge comes when you’re not a captain after a while.”

“To then still have the energy to play as a player, get runs and help India win. If he does, he would have come full circle,” he added.

Indian whiteball skipper Rohit Sharma has passed his fitness test and as a result he will be available to lead the squad in the upcoming series against the West Indies.

Shastri also pointed out how Rohit has developed his game over the years.

“Now Rohit is relaxed. Sometimes you got the feeling that the game was too easy for him, until he realized that ‘God has given me this gift and now let me work harder and make the best of it’. And if it is in full there are few batters who play like him,” said Shastri.

India will now close the horns with the West Indies series from February 6. The three ODIs will be played at Narendra Modi Stadium, Ahmedabad and three T20Is will be held at Eden Gardens, Kolkata.